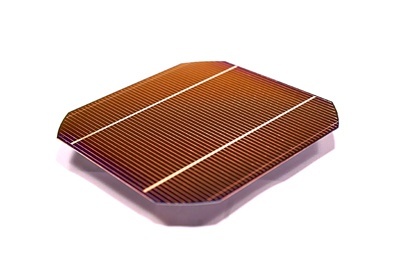 Major new incentives for renewable energy in Japan are likely to favor installations of high-efficiency photovoltaic cells and modules in the country as it attempts to exit nuclear power and be less reliant on fossil fuels.

That’s according to Solarbuzz analyst Junko Movellan, who says that domestic producers including Panasonic, Sharp and Mitsubishi Electric should all benefit from the plan.

In the aftermath of the tsunami-triggered Fukushima disaster in March 2011, the Japanese government this week revealed details of the incentives that it hopes will lead to a significant change in the energy mix that will power the country in the future.

According to Solarbuzz, Japan ranks fourth-highest in the world when it comes to electricity consumption. The decision to switch off the country’s nuclear power stations last year following Fukushima had a huge impact on supply, because Japan had until then been highly reliant on the technology: nuclear had provided around 30% of Japan’s electricity prior to the disaster.

Switching off the nuclear stations has led to significant electricity rationing. And although two nuclear sites are going to be switched back on to help ease restrictions, as well as recent reports suggesting that the damage caused by Fukushima may be less than previously feared, nuclear remains a politically toxic issue in Japan, and so the government is making a concerted effort to radically re-shape its energy mix.

Solar will be one of the major beneficiaries of Japan’s future energy plan. In March this year, Bloomberg’s New Energy Finance division said that the proposed tariffs rank would rank “among the world’s most attractive support mechanisms for renewables”. This week, Japan confirmed some attractive rates, with Reuters quoting figures from analyst CLSA Asia-Pacific predicting that Japan’s solar generating capacity would quadruple from about 5 GW currently to about 19 GW by 2016.

Lower cost: higher tariff rate
One of the key measures is to encourage non-residential deployments of photovoltaics, a sub-segment that, according to Movellan, has lagged well behind Japan’s residential PV market. With a pre-tax internal rate of return (IRR) of 6%, the new ¥42/kWh ($0.53/kWh) feed-in tariff offered for non-residential PV (defined as an installation of more than 10 kW) applies to all generated electricity, not just the excess.

That IRR is nearly twice as attractive as the residential equivalent, although residential installations do also qualify for an up-front incentive that has historically driven the PV market in Japan. The tariff is also double that now on offer in Germany, historically the powerhouse of the PV market.

But under Japan’s new incentive scheme, there is an interesting change – a higher tariff rate is paid to those installing systems at a lower cost per watt. Movellan says that this has prompted investors and potential PV owners to look for systems that maximize electricity production – and that, in turn, Japan’s domestic providers have started to offer more efficient modules that also take up less space.

The Solarbuzz analyst cites Sharp and Mitsubishi Electric, who have begun offering modules featuring high-spec monocrystalline cells specifically targeting the Japanese market, as likely beneficiaries. Sharp is promoting this type of module for residential applications, while Mitsubishi Electric has said it will move away from modules based on lower-efficiency multicrystalline cells.

Panasonic, another domestic giant, is expected to launch a double-heterojunction module, which generates electricity on both its top and bottom sides, for non-residential applications in Japan by August.

Foreign manufacturers are also getting in on the act, with Canadian Solar offering a high-efficiency module for the Japan market from July onwards (the new feed-in tariffs become effective from July 1).

Thanks largely to an electroplated copper contact grid on top of the transparent conductive oxide layer, that recent result was achieved at Kaneka’s lab in Osaka. The Japanese company initially developed the cell in collaboration with the IMEC microelectronics research center in Leuven, Belgium, which is based at the same campus that hosts Kaneka’s own European PV laboratory.

Jef Poortmans, the director of PV technologies at IMEC, commented: “[The] breakthrough results prove the capabilities of copper metallization for next-generation solar cells and strengthen our belief that in the future copper will play an important role in high efficiency and sustainable solar cell technology.”

Replacing the screen-printed silver that is normally used in heterojunction silicon cells with electroplated copper overcomes certain disadvantages associated with silver – for example difficulties with lowering resistivity and thinning of the metal in the printed contacts, not to mention the high cost. Using copper instead yields higher efficiencies and reduced fabrication costs.

In Japan, where space - and now PV efficiency – command such a premium, the technology could well turn out to be a winning combination.