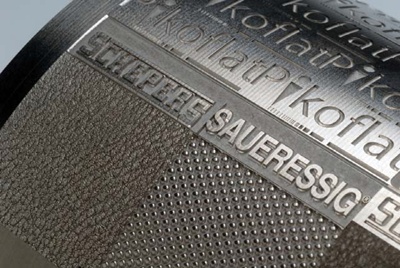 A team led by Stephan Brüning from the laser machine specialist Schepers has won the 2012 Innovation Award Laser Technology, for the development of a new three-dimensional metal structuring tool featuring a high-power picosecond laser provided by Lumera.

Brüning, who is responsible for laser applications R&D at Schepers, and his colleagues win a €10,000 prize. They follow in the footsteps of previous winning teams headed up by Berthold Hopf from Daimler in 2008, and Keming Du from Edgewave in 2010.

Second place in the 2012 competition went to Rainer Pätzel, director of marketing at Coherent GmbH, and colleagues, for their work on new high-power 308 nm excimer lasers that are set to be used in the production of next-generation liquid crystal and organic LED flat-panel displays, such as large-scale OLED televisions. 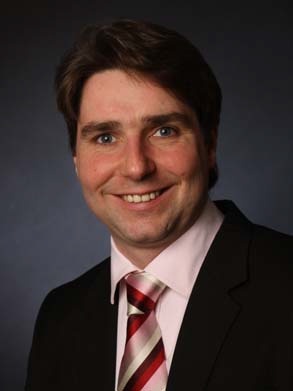 Although ultrafast laser pulses have long been known to offer high-precision microstructuring of metal components, two of the long-standing problems preventing their use in structuring large objects such as printing drums have been the relatively slow pulse repetition rates and scanning speeds of picosecond laser systems.

“For surface structuring of large embossing rolls with diameters of 100 mm and larger, and lengths exceeding one meter, high structuring speeds and high laser ablation rates are needed to allow economic production,” explained the team in their abstract describing the development. “With current picosecond laser systems using pulse repetition rates below 1 MHz, the ablation rate is limited to about 1 mm3 per minute.”

For fast, economic production, they say that a pulse repetition rate of 10 MHz, together with an average output power of 400 W, is needed – not to mention scan speeds of up to 50 meters per second, ten times the current standard.

Under the BMBF-funded “PIKOFLAT” project, the Schepers-led team integrated acousto-optic deflectors and a slab-based laser amplifier capable of producing a picosecond laser with sufficient power and a 10.6 MHz repetition rate, to generate the required pulse rate and scanning speed.

They say that the new machine comprising those features exceeds all current rotational gravure systems in terms of machining quality, and that, for the first time, ablation rates in metals of up to 20 mm3 per minute can now be realized using ultrashort pulsed lasers – offering twenty times the productivity of previous systems. 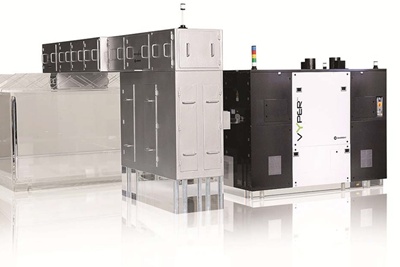 Lasers for OLED TV production?
The development of high-power 308 nm excimer lasers by Coherent’s German operation looks to be of key importance for its parent company’s future business, with the potential for applications in producing large-scale organic LED displays highlighted by CEO John Ambroseo recently.

The lasers are used in a key annealing step, to convert amorphous silicon to crystalline silicon. The latter form of the material has a much higher electron mobility – crucial for features such as faster-refreshing displays and responsive touch-screen capability.

Until recently, 500 W lasers have been sufficient for the job, but for new generations of displays, such as OLED TVs, manufacturers require a 1.2 kW laser output, combined with a 600 Hz repetition rate.

“The new 308 nm excimer lasers are the key to faster, brighter and thinner active-matrix LCD and OLED flat-panel devices and thus for example to the fabrication of large OLED-TV displays of up to 55 inches in diameter,” wrote the Coherent team in its abstract.

Meanwhile, the third-placed team led by Precitek Optronik says that its new brazing head offers full three-dimensional processing of complex structures for the first time. “Potential customers from the automotive sector have tested the system and committed themselves to apply the new technology,” says the team in its abstract.