Subsidiary has just released a 2 kW product, but GSI says that Chinese customers want to see even higher powers. 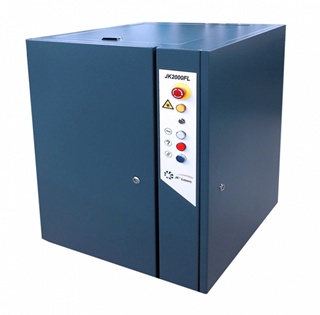 The GSI Group of companies specializing in photonics and precision motion technologies is close to wiping out its net debt, after another quarter in which it paid back a large chunk of its long-term borrowings and saw its order book strengthen.

And despite a fall in sales and profits, CEO John Roush said that he expected to see an improving picture throughout the remainder of 2012, as demand from the microelectronics market shows signs of bouncing back.

Still in the process of recovery and restructure, GSI’s net debt now stands at only $5.1 million, down from $13.2 million at the end of 2011 following a $12.5 million repayment in the quarter.

GSI posted sales of $78.8 million for the opening three months of 2012, down from the $91.9 million figure recorded a year ago and at the low end of its guidance. The decrease is largely due to the much weaker semiconductor market compared with a year ago.

Roush also explained that the Q1 sales figure was hit by the late shipment of a $3 million system from the company’s Control Laser division for precision mask repair, which had been expected in the quarter but was delayed because of damage to a critical component. That system has now shipped, and the sale will be recognized in the Q2 figures instead.

Streamlining initiative
The Control Laser division is part of the firm’s semiconductor systems business that GSI is in the process of trying to sell. Roush told investors in a call discussing the Q1 results that negotiations with potential buyers were in progress, although not at a sufficiently advanced stage to predict whether any deal would be wrapped up this year.

“A large number of companies are interested, [but] they are in the middle of the process and it is unpredictable,” said the CEO.

But the company has completed some of the key elements of its “12x12” streamlining initiative, with its specialty lasers division now transferred from East Setauket in New York to Santa Clara in California. That shift was wrapped up just last week, while GSI’s three Japanese sales offices have been consolidated into a single location.

The latest restructuring had an impact on profit margins in the latest quarter, with GSI recording a charge of $2.7 million that dragged the company’s pre-tax income down to $1.6 million, compared with $7.8 million a year ago. The streamlining should ultimately benefit GSI to the tune of $5 million in annual cost savings, although Roush warned that there was still plenty of “heavy lifting” to be completed this year, in particular regard to moving several manufacturing sites.

Growth areas
And now that its finances are back in good shape – the company made net interest payments of only $0.8 million in the latest quarter, down from $3.6 million a year ago - GSI is also on the lookout for acquisitions to boost what are seen as the key growth areas of the business.

Roush said that it is possible that deals could be concluded this year, although none are imminent. He highlighted the three key strategic areas of laser scanning, fiber lasers and medical/life science applications as likely themes where acquisitions could help to drive sales.

Although it remains a small player in the fast-growing fiber laser sector, GSI’s UK-based subsidiary JK Lasers has just released a 2 kW source, only six months after the launch of the 1 kW version and ahead of some of its rivals.

It also looks like more powerful fiber lasers will be available from the company before long, with Roush describing high levels of interest in the new products and requests from Chinese customers to accelerate the development of higher powers.

JK is building up its manufacturing capacity for the lasers while also reducing the cost of the products. In a market sector dominated by IPG Photonics, it is one of a number of companies with an emerging kilowatt-scale fiber laser product line – others include Rofin-Sinar, Jenoptik and Coherent. Roush’s primary aim does not appear to be to compete with IPG directly, but to provide GSI’s existing customers with an alternative technology to traditional YAG and CO2 sources.

“Our growth plans are aggressive, but we still have only a small [market] share – it’s essentially been a start-up position over the past year,” he said. “Our products need to be at the industry standard in terms of performance, and to sell at industry standard prices.”

Roush also reported strong book-to-bill ratios from some key units in the latest quarter, including laser vendor Continuum (1.9), which received a major scientific order, optical encoders (1.4) and CO2 lasers (1.2), suggesting that the company should sees sales strengthen in the second half of the year.

“The worst parts of the microelectronics downturn and the slowdown in China seem to be behind us,” he concluded. “We’re seeing an improving picture for the rest of the year.”