Bruce Carlson outlines the technology needs of the National Reconnaissance Office, and how photonics is the key. 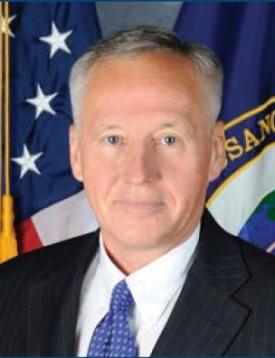 By Tim Hayes in Baltimore


In the plenary session of SPIE Defense, Security and Sensing (DSS) 2012 in Baltimore, Bruce Carlson described the impact that advances in photonics technology have had on the work of the National Reconnaissance Office (NRO), and discussed some of the future challenges that need to be addressed.

The NRO is tasked with developing, acquiring, launching and maintaining the United States' overhead reconnaissance constellation, the network of orbiting satellites that contributes to the country's intelligence gathering and counter-terrorism efforts. Carlson is the office's 17th director.

Optical technologies have always played a critical role in that effort, as Carlson demonstrated by describing the then state-of-the-art capabilities of the Gambit satellite employed in the mid-1960s.

Like looking through a straw
"Gambit could operate for 30 days, which was a big improvement over the three or four days that was previously possible," he said. "Optical resolution was also improved, from 40 feet down to four feet. That was still basically like looking through a soda straw, but was a big step for the intelligence community in the 1960s."

Carlson showed a recently declassified image taken by Gambit over the Soviet space port of Tyuratam in 1968, which showed a Soviet rocket being clandestinely developed to compete with the US Apollo missions. Gambit allowed the US to monitor the development of this rocket, and witness its ultimate destruction in a launch-pad malfunction.

In its present-day role, the NRO maintains an ambitious program. It has recently undertaken the most aggressive launch campaign in its 50-year history, with six launches between September 2010 and April 2011, including two that were only two months apart.

The 2012 schedule appears at first glance to be less ambitious, with four launches planned, but Carlson noted that it includes the launch of an Atlas and a Delta IV Heavy rocket from the same launch facility only ten days apart.

"Our overall aim is to decrease the average age of our constellation," said Carlson. "We have satellites up there that are over two decades old. They were sent up to monitor Soviet long-haul communications, and are still there today monitoring sensitive intel inside Afghanistan.”

Focused technology
Carlson agreed that the NRO faces its share of current challenges, including not just budgetary constraints imposed by the US government, but also the perception that orbiting reconnaissance technology is not continuing to move forward.

"We have to upgrade our constellation, because the world is changing and so is the threat against the US," he said. "North Korea recently attempted to launch what they were calling a satellite, but our reconnaissance made it clear that there was no satellite on board. It was an ICBM test, and we know that they are currently proliferating their nuclear technology."

Data transmission and handling is also key to the NRO's agenda, since the nature of its mission requires it to send information between different locations, and combine the work of several different analysts into a coherent picture. 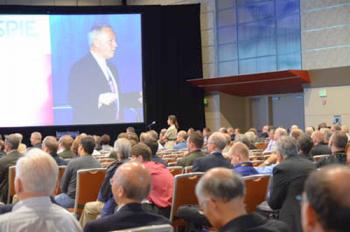 Carlson indicated that, if converted into a dollar value, the size and capability of the NRO's data handling systems would rank it as the second or third largest communications company in the US.

"We believe that our data systems must become faster," he said. "In the future there will not be time for information to travel down into the system to analysts, and for those analysts to then make connections between relevant signals intelligence and relevant geospatial intelligence. We must figure out how to make that connection instantaneously. Today, an average analyst spends 80 percent of their time looking for information, and 20 percent of the time doing the analysis. We need that to be the other way round, and are developing the system that will allow that."

No fat left to trim
The NRO is not immune from political reality, and has to develop these future abilities in a climate of what Carlson called "fiscal realism."

"The Department of Defense and the intelligence community have recently shared the burden of a $450 billion cut in budget. The NRO provided around one-third of the cuts to the intelligence community, more than that of other agencies, and as a result we probably lost about 1200 years of combined cumulative experience on the part of our staff. We can deal with that; we can figure out a way to make it work. But there is no more fat to trim."

At the same time, Carlson agreed that the NRO's role would continue to require the development of new optics and sensing technologies, in order to fulfill its remit.

"The greatest thing about this technology is its flexibility and adaptability," he said. "People criticize the NRO for launching 'the same old thing', but in fact almost everything under the hood of each satellite is essentially brand new. We spend a large part of the tax payers' revenue on R&D, and 70 percent of our technology ultimately comes direct from our own research simply because that R&D is very directed. We know the technologies we are after, and we exploit them to the full."