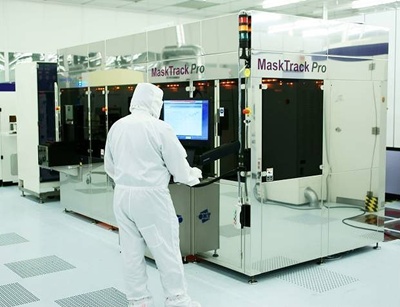 SUSS MicroTec, the provider of photolithography equipment used in a range of back-end semiconductor manufacturing steps, has acquired the Californian firm Tamarack Scientific to further widen its product offering.

Garching-based SUSS says it bought Tamarack for an initial price of $9.3 million, plus an undisclosed earn-out fee that will depend on revenues generated by the division over the next three years.

Like SUSS, Tamarack sells ultraviolet lithography equipment, but in addition to that it provides a range of laser processing tools used to microstructure components such as LEDs and MEMS, in novel semiconductor device designs such as 3D chips, and in advanced packaging technologies.

“With the acquisition of Tamarack, SUSS Microtec is pursuing a consolidation strategy in the semiconductor back-end equipment industry by complementing its exposure technology portfolio with projection lithography,” explained the company in a statement.

Frank Averdung, the SUSS CEO, said that the two different forms of lithography are highly complementary, and that the deal would position SUSS as the leading provider of back-end lithography equipment in the industry, with the broadest set of products and technologies.

The laser processing product lines acquired by SUSS include the diode-pumped solid-state (DPSS) Nd:YAG “M800” system. It can be set to operate at the fundamental 1064 nm wavelength or at harmonics down to 266 nm in the ultraviolet, and is used in applications such as structuring MEMS and organic electronic components with a resolution of 2 micron.

Another new product line for SUSS will be the excimer-based M420, M440 and M500 systems, used to ablate, expose, anneal and debond material, for example in roll-to-roll production. These systems are available with either a 248 nm or 308 nm laser wavelength.

SUSS reports 2011 results
SUSS has just reported a strong financial performance for its fiscal year 2011, in which sales grew 26% on the 2010 level to €175.4 million. However, the widespread downturn seen in the second half of 2011 has hit the company’s order backlog, which stood at €83.7 million at year-end, down from €116.1 million the year before.

“In the fourth quarter of 2011, macroeconomic uncertainties lead to a very cautious order behavior of our customers, resulting in a low order intake for SUSS MicroTec,” the company said. “For the first three months of 2012, SUSS MicroTec expects orders to return to a higher level and reach €30 to 40 million.”

In their outlook for 2012, Averdung and his senior management colleagues have forecast sales of €145 million for the year, a figure that would amount to a year-on-year decline of close to 20%.