Group of companies focused on laser and precision motion technologies expects sales to pick up throughout 2012. 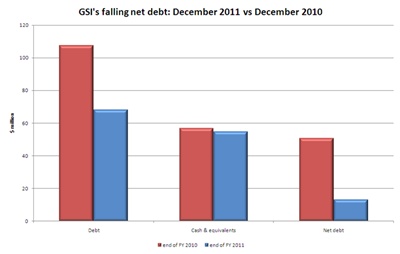 GSI Group is looking to further build on its return to financial health with a number of acquisitions this year, even while management continues to rationalize the business with the closure of 12 facilities.

Announcing financial results for fiscal year 2011, CEO John Roush highlighted the much-improved financial state of the company, and said that he was optimistic that deals in “an active pipeline of acquisition opportunities” would be closed this year.

None of those deals is likely to be a blockbuster, with Roush’s use of the “wanting to hit some singles” baseball metaphor suggesting that a series of small-scale acquisitions will be the more probable course of action.

At first glance, GSI’s $366.3 million sales revenues for fiscal 2011, down 4% on the 2010 figure, might not appear too promising. But those headline figures masked a number of adjustments made in the wake of the company’s emergence from the bankruptcy proceedings and major refinancing activities of 2010 and 2011, as well as a large drop in sales at the back end of the year caused by weak demand from the semiconductor industry.

A closer look at the reported figures shows that GSI – whose subsidiaries include laser specialists Synrad, Continuum and JK Lasers, among others – posted a net profit of $29 million in 2011. Importantly, the company also generated net cash of $45 million through its operating activities, something that has helped to bring about a substantial improvement to its debt position.

Debt down
GSI still has a $58 million long-term debt to deal with, but the figure is only around half that of a year ago. And with $54.8 million in cash on the balance sheet, GSI’s net debt now stands at just $13.2 million – down from $50.8 million a year ago. Thanks to its October 2011 refinancing, the average interest to be paid on the outstanding debt is now just 3.22%, whereas last year GSI was faced with 12.25% senior secured payment-in-kind (PIK) election notes.

This means that GSI will be able to fund small acquisitions from its existing cash reserves. The company is also in the middle of a reorganization to close 12 of its sites that is expected to trim $5 million in annual operating expenses, further improving cash generation.

GSI expects to be further boosted as the market for semiconductor and PCB manufacturing equipment returns to growth, which Roush expects to happen in either the second or third quarter of this year.

In the meantime, the strategic focus is on developing subsidiary JK Lasers’ emerging fiber laser product line, as well as medical applications of its precision motion equipment. 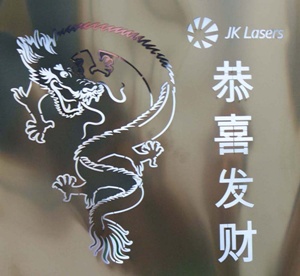 Fiber laser portfolio
JK’s current high-power fiber laser portfolio is limited to a 1 kW product, which the CEO said was now subject to “robust” demand. But that demand should step up a level once JK has launched its second-generation version, which will require fewer diode pump modules – cutting its manufacturing cost by an anticipated 30% and making for a more compact and competitive laser.

Roush added that JK was planning the release of multi-kilowatt fiber lasers later this year, although he would not be drawn on any specific launch details. On the precision motion side, where GSI’s Cambridge Technology is a world leader in galvanometers, its digital scanning systems have been designed into new optical coherence tomography (OCT) and cancer imaging platforms.

As part of its “12x12” reorganization, GSI is to close the former Excel Technologies laser manufacturing and research facility in East Setauket, New York, with these operations being consolidated at the Santa Clara, California, base of the Continuum laser business. Ironically, it was the leveraged acquisition of Excel that had led to GSI’s bankruptcy filing in the first place. The group is also consolidating three Japanese sales offices to a single location in Tokyo.

Medical focus
Aside from that streamlining, a key part of the GSI strategy is to become less dependent on the semiconductor industry and its boom-bust cycles. The company is actively looking to dispose of its semiconductor and laser systems businesses, and to build more of a presence in the medical sector – giving a strong clue to the nature of its future acquisition activity. GSI sees major opportunities in applications such as robotic surgery, DNA sequencing, OCT for retinal scanning and flow cytometry.

For his 2012 outlook, CEO Roush said that sales revenues would likely be flat in Q1, compared with the final quarter of 2011, at around $80 million. But the picture should improve from quarter to quarter as the semiconductor market starts to rebound, and for the full year mid-single-digit growth is expected.

• GSI has also filed an “S-3” shelf registration statement with the US Securities & Exchange Commission (SEC). Such a move is often a precursor to raising finance through a share offering, but that looks unlikely to happen any time soon in GSI’s case with its current low stock valuation.