Further signal of consolidation in US defense sector as the giant contractor acquires photonic mast specialist. 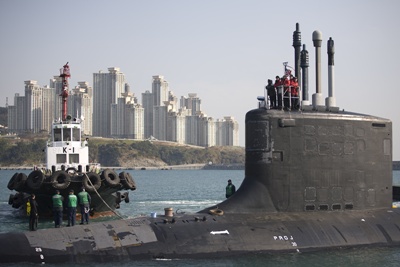 US defense contractor L-3 Communications has completed its $210 million cash acquisition of Kollmorgen Electro-Optical from Danaher Corporation, in the latest sign of consolidation within the military sector.

Danaher and L-3 had first announced the ownership transition in December, with Danaher saying that the division made sales of around $169 million in 2010. That compares with annual L-3 revenues currently exceeding $15 billion – of which some $3.6 billion related to the company’s C3ISR (Command, Control, Communications, Intelligence, Surveillance and Reconnaissance) division. L3-KEO will be included in L-3’s Electronic Systems reporting division, which posted 2011 sales of $5.5 billion.

According to L-3’s most recent financial guidance, overall company revenues will likely fall by some 4% this year as the US defense budget shrinks. However, the shortfall will be felt almost entirely by L-3’s government services division, while the Electronic Systems unit is expected to decline only 2% and the C3ISR segment should grow modestly.

“KEO expands and broadens our base in the EO/IR market, a key strategic growth area for L-3, and strengthens our position as a mission-critical sensor systems provider,” said Wes Motooka, president of L-3’s Integrated Sensor Systems Sector, after the initial announcement in December.

Recent Department of Defense contracts won by KEO include: