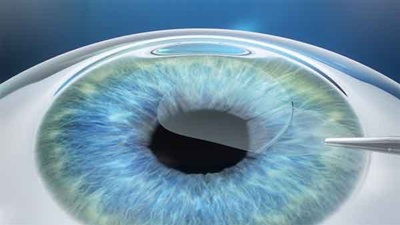 A team of three IBM scientists - James J. Wynne , Rangaswamy Srinivasan and Samuel Blum – will receive the US National Medal of Technology and Innovation from President Barack Obama for their development of excimer lasers in medicine.

The award, which represents IBM’s tenth National Medal of Technology and Innovation and will be made personally by the US President, recognizes the impact that excimer lasers have made in medical procedures.

One of the best-known of those applications is “LASIK” refractive laser eye surgery – although this approach has since been superseded by ultrafast femtosecond pulse lasers and “personalized” refractive surgery that corrects sight defects with even higher precision.

IBM has itself benefited more directly from the development of excimer lasers for lithography applications. Such lasers are still the mainstay light source used in the optical lithography stepper systems that have been instrumental in maintaining the rule of Moore’s law and the advance of semiconductor technology – though this is set to change in the future as extreme ultraviolet (EUV) lithography begins to make an impact.

Talking turkey
According to IBM, the key development that ultimately led to the use of excimer lasers instead of mechanical instruments such as scalpels in refractive surgery took place in one of the firm’s laboratories shortly after a Thanksgiving turkey dinner more than thirty years ago. On the firm’s web site, the key exchange is recalled thus:

“We wondered if the excimer laser could so cleanly etch polymeric material, what would happen if we tried it on human or animal tissue?” remembers Wynne. “What really broke things open, after all the talk of what kind of tissue we would use, was that Sri brought his Thanksgiving turkey leftovers into the lab the day after Thanksgiving in 1981.”

“He used the excimer laser at 193 nm to etch a pattern in whatever bone, cartilage or meat was on the tissue sample,” Wynne added. “I had this moment of eureka, we have a new form of surgery! By using the ultraviolet light of the excimer laser, we were getting an extremely clean cut, with no evidence of damage to the surrounding tissue.”

The research team originally demonstrated that surgical capability to the medical community by using the ultraviolet laser to cut a clean pattern into a human hair without burning the strand. This showed that the material could be removed through vaporization rather than burning, and had an obvious appeal to doctors and patients as it left surrounding areas undamaged.

The three published a paper introducing the idea of using the laser to reshape the cornea to correct refractive errors such as myopia or hyperopia. That kicked off a worldwide program of research to develop excimer laser-based refractive surgery and subsequent clinical trials.

Trokel went on to co-found the laser eye surgery equipment company VISX, which was acquired by Advanced Medical Optics for $1.3 billion in 2005 and is now part of Abbott Medical Optics.

Side-effects and improvements
Following those early trials, in 1995 the US Food and Drug Administration (FDA) approved the first commercial excimer laser-based refractive surgery system and since then LASIK has gone on to become the most popular vision correction surgery performed with an estimated 25 million people having undegone the procedure worldwide.

Although the approach is regarded as hugely successful, like any other surgical procedure LASIK does have a failure rate. While representing a small overall percentage of patients treated, side-effects such as dry eyes and some more serious (but rare) complications have been reported by patient advocate groups, and much of the general public remains wary of potential problems.

Since the early years, advances such as wavefront-guided LASIK – pioneered by the University of Heidelberg researcher Joseph Bille – have made the procedure less crude and more tailored to an individual patient’s optical requirements.

The use of femtosecond lasers in place of excimer sources has the added benefit of eliminating any heating of the corneal tissue, and with the latest vision-correction technologies it is possible for patients to achieve “better than perfect” vision (i.e. measured at “20/10” rather than “20/20”).

Of the original IBM team, Wynne still works at the company’s TJ Watson Research Center while Srinivasan and Blum have since retired.