The FP7 research program will design laser sources for use in biophotonics research and as clinical diagnostic tools. 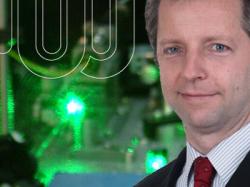 An ambitious new project launched under the European Commission's FP7 umbrella intends to develop a new generation of lasers and light sources for biophotonics applications, technology that could ultimately facilitate earlier and more effective clinical diagnoses.

The FAMOS consortium includes 17 partner organizations drawn from eight countries, and has been backed by €10.1 million from the EU's Seventh Framework Programme. A further €3.2 million will be contributed from the consortium's own resources.

The project is led by Wolfgang Drexler of the Medical University of Vienna, and is due to run for four years.

"Lasers and light-based methods have long promised to deliver benefits to clinicians through faster, more accurate, more sensitive, and more cost-effective diagnosis of cancer and other important diseases," commented Drexler. "But so far most optical diagnostic instruments are expensive, complex and have limited performance. A key reason for this is that the lasers and light sources they use are adapted from other industrial and scientific applications, and have not been optimized for these new clinical uses."

FAMOS aims to tackle this hurdle by developing and demonstrating a new generation of light sources designed from the ground up for specific biophotonics and medical applications. Although a detailed work program has not yet been released, the consortium has stated it will oversee the research and development of these new sources, along with their integration into prototype optical diagnostic instruments and initial clinical evaluation.

Meeting clinical needs
FAMOS ultimately intends to enable step-changes in both cost and performance, allowing the program to "trigger development of a whole new world of non-invasive clinical diagnostic tools," according to Drexler.

The hope is that these new lasers will then find a wide range of useful applications, but FAMOS is initially focusing its efforts on areas where optical diagnosis could tackle specific, and currently unmet, clinical needs.

These target areas include:

• Replacing surgery with non-invasive treatments as the standard for the commonest type of skin cancer, by better monitoring of tumor response and clearance.

• Reducing blindness from the increasingly common diseases such as diabetes and age-related macular degeneration, through earlier detection and better monitoring of novel emerging drug treatments.

Organizationally, the participants are divided into three groups: