Engineering giant plans to retain a 20% stake in its subsidiary as the industry transformation to digital lighting accelerates.

Global lighting giant Osram is to cut its workforce by another 4700, as both the company and the wider lighting industry grapple with the transition from traditional to solid-state technologies.

News of the additional job cuts came shortly after parent company Siemens confirmed that it intended to spin-off the Osram subsidiary through a public listing designed to raise the capital needed to support the industry transition.

Having aborted initial plans for an Osram IPO last year, on November 28 Siemens said that it now planned to sell off 80.5% of the company, a move that will require 75% shareholder approval at the annual meeting scheduled for January 23.

Having already shed thousands of workers earlier this year, Osram believes that the additional plant closures and job cuts now planned will save it around €1 billion in expenses between now and 2015.

“Given the accelerated transformation of the lighting market to semiconductor-based products, Osram is pushing forward [with] its corporate reorganization,” Osram announced in a statement.

It added: “In addition to the previously announced measures, the company has now decided on further structural adjustments. The corresponding reduction of an additional 4,700 jobs by 2014 will mostly be achieved through plant sales.”

The new cost-cutting measures are expected to affect 400 jobs in Germany, but the vast majority of those cuts will be made at the firm’s international locations where products deemed to be at the end of their life cycle are made. 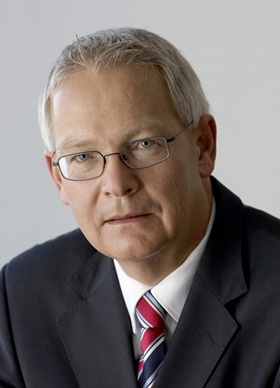 While Osram’s Opto Semiconductors business is one of the world’s leading players in the production lighting-quality LEDs, the advanced manufacturing techniques used to produce the devices make it a far less labor-intensive operation than is the case with traditional lighting technologies.

As a result, said Dehen, the personnel increase in the so-called “future fields” (i.e. energy-efficient products like halogen lamps and LEDs) will only partially compensate for the job cuts made to the traditional business.

One development in Germany will be the establishment of a center of excellence for LED manufacturing processes at Osram’s facility in Augsburg, although much of the LED investment will be made outside the country, including at its recently established Chinese plant.

“Osram will invest a low three-digit million euro figure over the coming years in its LED assembly plant in the Chinese province of Jiangsu,” said the firm. “In the final completion stage, 1700 employees will manufacture products for key segments of the Chinese market and entire Asian region. The region will already account for around half of the global general lighting market in five years’ time.”

€37 billion market by 2016
Highlighting the significance of the industry transformation to LEDs and solid-state lighting, Osram quoted a recent study by McKinsey & Co. The management consultancy firm predicts that the market for LEDs will grow from €9 billion in 2011 to some €37 billion by 2016.

The transformation from conventional lighting to the far more intelligent and efficient LED alternative should ultimately result in a larger market for the likes of Osram and Philips to benefit from, but most lighting companies are enduring major challenges as they strive to retain profit margins through that change.

For example, according to a recent Bloomberg report, Philips is cutting more jobs at a Belgian facility that makes high-pressure discharge lamps – part of an overall headcount reduction of 6700 planned by the company.

But the pay-off should be evident before the end of the decade. According to McKinsey’s report, the entire global lighting market – including both general and automotive applications - will expand from €73 billion last year to €101 billion in 2020. General lighting is expected to be responsible for all of that market growth, and expand from €55 billion to €83 billion as the digital lighting revolution unfolds.

The same report adds that a faster-than-expected erosion in the prices of LEDs over the past year will lead to a more rapid adoption of the technology in the years to come.