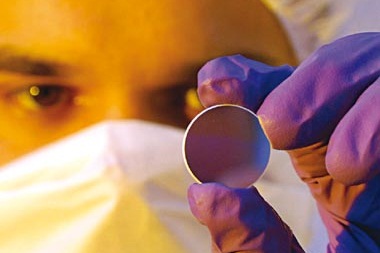 The Germany-headquartered firm says that the new joint venture, in collaboration with Ferenc Krausz from the Max Planck Institute for Quantum Optics, will develop and manufacture ultrashort-pulse lasers based on Trumpf’s well-known disk technology.

Those disk lasers, initially developed by Adolf Giesen and colleagues at the University of Stuttgart, were first commercialized by Jenoptik. Having begun series production in 2004, Trumpf’s high-power versions for welding and cutting now feature in key applications such as automotive manufacturing, while Boeing is making use of the technology for its development of future laser weapons.

Mission: product expansion
According to Trumpf, the “mission” of the new enterprise is to expand the company’s product range to include ultrashort-pulse lasers, which are widely used in scientific applications but yet to become a familiar sight industrial applications.

“The intention is to penetrate new markets,” stated Trumpf in its release about the joint venture, though it is also hopeful that the exchange of ideas with the scientific world will aid the subsequent development of new industrial lasers.

Ferenc Krausz, who will hold a minority share in the Trumpf Scientific Lasers, is regarded as one of the leading scientists in the field of ultrafast lasers, having developed chirped mirrors to control the dispersion of pulses produced by Ti:sapphire resonators at Vienna University of Technology (VUT) in the 1990s.

After pioneering the generation of attosecond (10-18 s) laser pulses while at VUT, Krausz has since become the director of the 100-strong “attoworld” team at the Max Planck Institute for Quantum Optics in Garching, near Munich.

Until September, Krausz and colleagues held the world record for the shortest laser pulse ever produced, measured at just 80 attoseconds. That was until a University of Central Florida (UCF) team set a new best of 67 attoseconds, thanks partly to their new “dual optical gating” technique that will potentially deliver pulses lasting just 25 attoseconds. 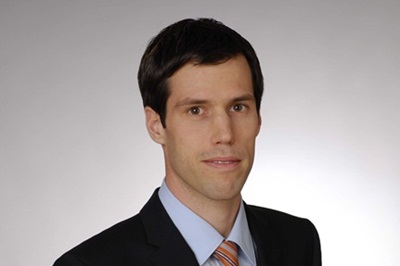 Krausz is no stranger to the commercial world either, having co-founded the VUT spin-out company Femtolasers Produktions back in 1994. The company has won many accolades since then, and is the only company to have been short-listed for two Prism Awards this year.

Jens Rauschenberger, a graduate student under Krausz at both VUT and the Max Planck Institute for Quantum Optics between 2003 and 2007, has been appointed managing director of the new venture, which will be based in Munich and is expected to employ around 15 people by the end of 2014.