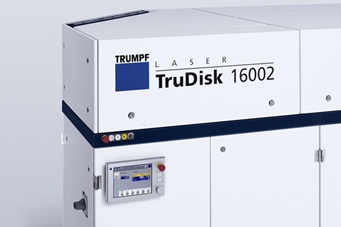 Lindø Welding Technology (LWT), a specialist center for high-power laser welding based in the Danish town of Munkebo, will next month install a 32 kW disk laser system from the German laser company Trumpf.

The system is designed to help the center develop deep-penetration welding processes in thick metal sheets for applications in heavy industry, and in particular for customers who construct wind power turbines – where Denmark is a world leader - and in the shipbuilding sector.

The order follows news from IPG Photonics last month that a customer in Japan had commissioned a record-breaking 100 kW fiber laser – also for deep-penetration welding – that is scheduled for delivery in early 2013.

According to Trumpf, LWT wants to make it easier for its customers in heavy industry to make the transition from conventional to laser welding. The center will aim to achieve that by providing comprehensive research and advice on the topic.

The Danish test and development center is planning to adapt techniques for industrial-scale welding of thick sheet metal that are not yet used commercially, and which have thus far only been tested in research laboratories. Other likely application topics include laser cutting and surface treatment.

Market opportunity: offshore turbines
LWT is the result of a joint venture between FORCE Technology and LORC – the Lindø Offshore Renewables Center. Both companies are large, experienced players – one in shipbuilding and the other in the field of renewable energies.

With offshore wind turbines capable of generating some 4.8 GW of power expected to be constructed in Europe by 2015, LWT says that high-power laser welding promises “smarter” production, and wants to establish an expert network on the subject using funding from the Danish Enterprise Agency.

At the seminar Christian Højerslev, CEO of the LWT center, described potential applications in heavy-section welding of wind turbine towers, with the potential to increase welding speed by as much as a factor of twenty using the 32 kW laser. 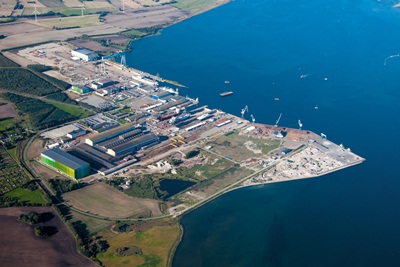 One of the critical topics in laser welding research is finding a way to match the very high quality of conventional welding techniques when transitioning to the much faster and more convenient laser-based approach.

The 32 kW system from Trumpf is scheduled to arrive at the center in December, where it will shortly be followed by a high-precision control robot.

Following initial tests and robot integration early next year, the system is expected to be fully operational by May 2013.