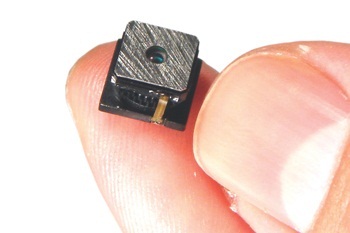 The Tessera Technologies subsidiary DigitalOptics Corporation (DOC) is to cease operations at its sites in Tel Aviv, Israel, and Charlotte, North Carolina, axing 40% of its workforce in the process.

In a statement, the parent company said that DOC would now target its efforts on the mobile phone market exclusively. The action is expected to save the company between $15 million and $18 million in annualized operating expenses.

“Our goal at DOC is to become a significant supplier of next-generation camera modules for mobile phones,” said Tessera CEO Robert Young. “Camera module features and functions have increasing importance to consumers in the mobile phone market. The changes announced today will focus DOC on that market and are an important part of driving the business towards profitability.”

As a result, operations will cease at the firm’s facility in Tel Aviv, while an attempt will be made to sell the Charlotte site. “These two facilities are not central to the MEMS camera module opportunity,” said Tessera, adding that the actions would reduce the company’s workforce of 450 by approximately 180 employees. Those figures do not include any workers at the company’s China manufacturing site, which was acquired from Flextronics earlier this year.

The cost-cutting actions will be spread over the next two to three quarters, and are expected to cost the company between $4 million and $5 million in the fourth quarter of 2012 and $1 million to $2 million in the first quarter of 2013, not including any tax related charges or potential charges associated with the sale of the Charlotte facility.

In the company’s latest financial quarter, the IP operation posted a healthy operating income of $32.3 million – but the DOC segment delivered an operating loss of $23.3 million, dragging the company to a net loss of $1.1 million.

With the market for mobile phone cameras estimated by Tessera to represent a $9 billion opportunity overall, DOC says that its technology already features in phones made by six of the ten leading handset OEMs.

The company is now focused on what it describes as a “game-changing” technology – in the form of MEMS lens actuators for auto-focusing – to increase its market share as phone handset cameras evolve. Compared with current technology, the MEMS approach is said to reduce power consumption by two orders of magnitude, focus much more quickly, and capture better-quality images.

Whereas the actuator in a standard phone camera would comprise as many as 14 individual parts, the new DOC technology is said to have just three.

Although the market for camera module integrators is very large, recent reports by Techno Systems Research suggest that there is no dominant player. The China-based Apple supplier Foxconn leads the market with a share of 11%, but is ranked only marginally ahead of STMicro, Toshiba, Sharp and LG Innotek.

A number of rivals are also targeting the same market with their own "game-changers": they include the liquid-lens developer Varioptic, Norway's poLight and Morocco-based Nemotek.