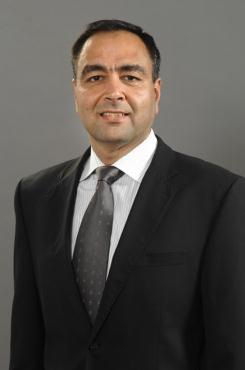 IDEX Corporation, the diverse industrial technologies company that last year purchased the optics firm CVI Melles Griot, has reported an upturn in fortunes for the division in the third quarter of 2012, with backlog increasing for the first time since the acquisition was completed.

Andy Silvernail, the IDEX CEO, told an investor conference call that the restructuring of the division would be completed in the closing quarter of the year, as the parent company focuses its efforts on meeting profitability targets in the face of difficult market conditions.

“In optics and photonics we are beginning to see the benefits of all the actions that we have taken to right-size the business,” Silvernail said. “Orders improved sequentially, and margins expanded as we drove costs out of the system.”

Last month, IDEX said it had made a key appointment with the hiring of Suneet Chadha - previously the CEO of Spectro, Inc - to head up the optics and photonics division's "optical systems" business unit.

Life sciences bounce
Overall, IDEX posted a very slight year-on-year increase in quarterly revenues in Q3, to $480 million. The company’s health and science (HST) division, which combines CVI, as well as Semrock, ATFilms and Precision Photonics, under an “optics and photonics platform”, delivered $176 million in sales, up marginally from $173 million a year ago.

Much of that figure relates to non-optical technologies, however. Although IDEX doesn’t break out the specific sales figures for its optics and photonics unit, CVI’s pre-acquisition quarterly sales stood at around $45 million - with industrial, medical and defense applications together accounting for more than two-thirds of revenues.

Commenting on the market trends that were impacting optics and photonics specifically, Silvernail said that the defense and semiconductor markets remained “unhelpful”, although the third quarter did see an uptick in demand from the life sciences sector.

In the closing quarter of the year, non-optical sales from the HST division will be boosted by the recent acquisition of UK-based Matcon, which specializes in technologies used to produce powders that feature in pharmaceuticals, food and plastics production. The company will sit within the “materials processing technologies” platform of the HST division.

Difficult market
On broader market influences, Silvernail said that the key macro trends remained the problematic European economy, decelerating growth in China, and a slowdown in large capital spending in the US, ahead of the presidential election and potential sequestration of funding that may follow in January.

“We continue to see difficult market trends,” said the CEO, who does not anticipate any significant upturn in the foreseeable future – especially outside the US.

IDEX, which has built up its business largely through acquisitions, also seems unlikely to agree any major deals in the near term. According to Silvernail and his senior executives, the market for acquisitions looks expensive at the moment, with deals priced at as much as 14 times EBITDA around twice what IDEX might be willing to pay.

“We’re going to be disciplined,” Silvernail said in regard to acquisitions, while the company’s board has just authorized a $200 million increase to the level of cash allowed to be spent on repurchases of stock, taking that level to $250 million and suggesting that IDEX’s priorities are not – for the moment – set on any major purchases.