Going through something of a revolution itself, the world’s largest lighting company wants to accelerate the solid-state transformation. 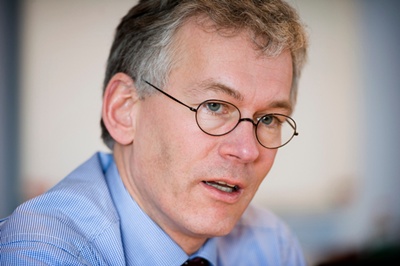 Royal Philips Electronics has reported a 70% increase in sales of LED lighting products (excluding chips) in 2011, as the industry entered the early stages of its solid-state revolution.

The diversified Dutch industrial giant rates itself as the largest lighting company in the world, with its 2011 sales of €7.64 billion close to double that of its nearest rival. CEO Frans van Houten said that LED lighting was undergoing “rapid adoption” and that Philips had launched no fewer than 200 new products last year.

In the final quarter, LED-related sales were up 37% from the same period in 2010 – despite a decrease in sales at Philips Lumileds, its LED chip manufacturing subsidiary headquartered in San Jose, California. That was a result of an oversupply of LED components in the supply chain and strong downward pressure on selling prices that is affecting all manufacturers.

Van Houten, who has embarked on a wide-ranging program of changes at the underperforming company since taking over as CEO nine months ago, sees the switch to LED lighting as one area where Philips can excel and begin to restore value to shareholders.

Referring to the award of the US Department of Energy’s “L Prize” for a high-performance LED-based replacement for 60 W incandescent bulbs last year, he said: “It is clear that we manufacture LED products that are top-notch.”

The solid-state lighting revolution may be in its early stages, but its implications for the industry are seismic, with van Houten expecting the market to transform to a solutions-based business model from the current product-focused approach.

Short-term pain
But there will inevitably be short-term pain as the industry comes to terms with that change. Saying that the wider company was “not delivering enough value” and that it “needed structurally higher profitability”, van Houten admitted that a large chunk of the expected 4500 job losses across Philips as part of his “Acccelerate!” program to cut costs and gut what are seen as unnecessary layers of middle management at the firm will be felt in the lighting division.

That division currently employs some 50,000 people and one of the first jobs for a newly appointed CEO of the Philips lighting business – whom van Houten is not yet ready to reveal – will be to cut some of that workforce in what are likely to be tough negotiations with union representatives. The move will echo recent announcements by Osram, which is cutting jobs at its conventional lighting division in Berlin, and General Electric, which is reducing its European headcount.

Lumileds is itself entering a new era, with the appointment of its own new CEO Pierre Yves Lesaicherre earlier this month. Lesaicherre, who will report to the lighting division’s new CEO, arrives from Philips’ silicon chip manufacturing spin-out, NXP Semiconductors, where he was general manager of the microcontrollers and logic business.

Staying in one piece
While rumors have circulated in the local Dutch press about the potential value in splitting Philips into three separate companies, van Houten is adamant that this is not being contemplated, and the CEO also wants to maintain the vertical integration within the emerging LED lighting business “for the foreseeable future”. Last year Siemens was forced to abort the spin-out of Philips’ chief lighting rival Osram as a separate entity, as conditions for an IPO worsened through the year.

In its management presentation for the just-completed financial year, Philips said that it expected the lighting market to be worth between €75 billion and &80 billion by 2015 – at which point some 45% of the market will have been converted to LED lighting. By the end of this decade, that proportion will rise to around 60%, with the solid-state lighting revolution driving an expansion of the market to as much as €100 billion.

Lumileds has just released two new products that should aid the mass switchover, with Luxeon K arrays “engineered to support rapid development of downlight and retrofit bulb solutions where quality of light and efficacy are essential” and the Luxeon M aimed at outdoor and industrial applications. 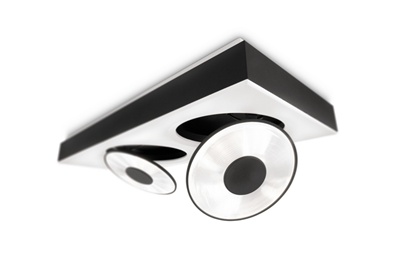 And while LED-based “bulbs” are still much more expensive than conventional technology, that is set to change markedly over the next two years. At a Photonics West 2012 industry panel session last week, Lumileds’ R&D manager Jyoti Bhardway said that “LEDs had won the battle”, and predicted that widespread replacement of standard bulbs would begin in earnest in two years.

“We will see efficacy improve by a factor of two, and costs will also come down by a factor of two,” Bhardway said. That should bring the typical cost of an LED replacement down from the current $20 to just $5 – with the technology expected to be thoroughly dominant in five years as incandescent bulbs are increasingly phased out through energy efficiency legislation.