The Thailand floods affected the company's revenue figures, but its product lines are returning to full capacity. 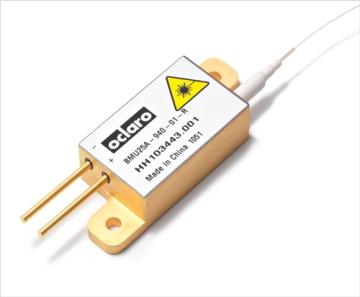 Quarterly revenues for Oclaro were significantly affected by the flooding in Thailand and the subsequent costs of recovery, although the company was still able to post figures which came within its previous guidance.

"Revenues and operating results were materially impacted by the flood in Thailand, but quarterly revenues still came in at the high end of previous guidance," CEO Alain Couder told analysts. "Last year we started to focus on increased efficiency across all major operations of the company, and our efforts to recover from the floods have benefited directly from these measures. I believe we are now in a better position than we were before."

Those efficiency improvements are expected to improve Oclaro's bottom line by approximately $5 million per quarter by Q3 2012. Oclaro also intends to optimize its back-end assembly and test operations, a strategy that includes the intended sale of its testing and assembly facility in Shenzhen, China, to a contract manufacturer.

"We announced previously that we were in negotiations to transfer Shenzhen to a major contract manufacturer, and have since opened the deal up to competition," noted Couder. "We are now deep in negotiations with a second contract manufacturer which could possibly be concluded in the March 2012 quarter, although that remains to be seen. We still believe that the transfer of the facility could generate $30 million to $40 million initially, with more potential upside in the long term."

But it was no surprise that Oclaro's quarter was dominated by events in Thailand, and the flooding there that dented the company's figures to the tune of $9.1 million in direct costs and expenses, according to CFO Jerry Turin. That includes a $7.2 million write-off of flood-damaged inventory and equipment and the cost of personnel directly engaged in flood recovery, along with other incremental costs. Turin stated that the company's cash and financial resources would be sufficient to manage through the flood recovery period.

Largest supplier of VCSELs
Oclaro's amplification, filtering and optical routing products were most affected by the disaster, seeing revenues all but halved in the second quarter to $20.6 million. Its industrial and consumer products, which include high-power lasers and VCSELs, were also hit, with revenues down to $12.2 million from $17.1 million. But Couder remains bullish about the company's position in that sector, and stated that he believed Oclaro will be the world's largest supplier of VCSELs.

Manufacture of high-power lasers has already returned to pre-flood levels at the Thailand facility, with output from the other product lines there expected to regain their previous capacity during the coming few months.

The CEO indicated that with flood recovery now underway, his greatest business uncertainties still came from the US telecoms sector. "We are clearly seeing a strengthening of the China market, and it is equally clear that Europe is weak and not likely to strengthen for at least the next several months," said Couder. "The uncertainty is around the recovery of Verizon and AT&T in deploying their optical core networks."

• The stock markets were more cautious about Oclaro's recovery from its flood-damaged quarter, and shares in the company fell by 7 percent when markets reopened the day after the earnings release.