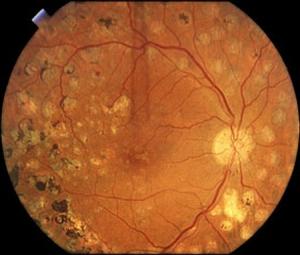 Iridex has agreed to sell its global aesthetic laser treatments business to Cutera, in a deal worth approximately $5.1 million.

Until now both California-based companies have been active in the growing market for aesthetic procedures, such as hair removal and the treatment of vascular conditions. But Iridex also sells ophthalmology systems for the treatment of glaucoma, macular degeneration and retinopthay, and the deal will allow the company to further develop its position in this sector.

"The acquisition of our aesthetic laser assets by Cutera places that technology and those customers in very capable hands, and allows us to refocus all of our resources on the substantial and growing ophthalmology opportunity that is core to Iridex's future," said Iridex CEO Dominik Beck.

Procedures include the careful and selective scarring of blood vessels in the retina to cause deliberate photocoagulation, known to restrict the effects of diabetic retinopathy. Another is trabeculoplasty, a glaucoma treatment in which the laser assists the drainage of the aqueous humor by gently opening up gaps in the eye's natural drainage system.

The chances of success in these procedures is assisted by the company's MicroPulse technology, for which it was granted a patent in August 2010. MicroPulse lets the ophthalmologist control the pulse duration of the applied laser, and avoid the problems of tissue damage and heat build-up caused by a continuous-wave source.

According to Iridex, MicroPulse can typically deliver a train of short pulses ranging from 100 to 300 microseconds duration, separated by gaps of 1700 to 1900 microseconds, within an overall treatment envelope of 200 to 300 milliseconds. The result is lower peak power and a reduced risk of hemorrhage.

The MicroPulse platform is a motivating factor behind Iridex's wish to now expand its position in ophthalmology and, in Beck's words, to "drive a new paradigm in the treatment of retinal diseases."

For its part, Cutera's range of aesthetic laser treatments will be boosted by the acquisition of the vascular treatments that were a mainstay of the Iridex portfolio.

Alongside the announcement of the Iridex deal, Cutera CEO Kevin Connors revealed that the company's preliminary figure for fourth quarter 2011 revenue was $18 million. If this proves accurate when the official figures are released in February, it will be an increase of some 18 percent over the $15.2 million revenue posted in Q3. Coincidentally Cutera's Q4 2010 revenue was also $15.2 million, so the year-on-year increase will be much the same size.

• The stock market reacted cautiously to the deal. The day of the announcement, which was also the first day of trading after the New Year break, saw Cutera shares rise by 5 percent, but then fall back during the day to finish at $7.09, a little below the year-end level. Iridex shares saw no great change following the news, remaining almost constant at $3.73.