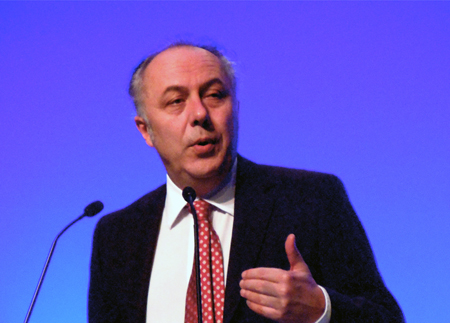 Post financial crash, companies and countries that want to remain competitive in the 21st century economy will need to make a substantially greater investment in “green” technologies, including optics and photonics.

So said Matthias Machnig, Minister of Economy, Labour & Technology of the German state of Thüringia, when he addressed the plenary conference audience here on Wednesday morning.

Thuringia in south-eastern Germany is home to a substantial part of the country’s optics and photonics industry, with almost 100 companies and research institutes, such as Jenoptik, Carl Zeiss, Schott and the Fraunhofer Institute for Applied Optics and Precision Engineering.

“One of the lessons we have to learn from this crisis is that a successful economy is about real production – not about the virtuality of the financial markets,” he said.

Contrasting the success of Germany in coming out of the latest crisis “very successfully”, with relatively sluggish performance in the US and UK, among others, he added, “We now have a high growth rate and our unemployment is even going down, which is something to do with the fact that over the past decade we were looking after our industrial production.”

“About 26% of Germany’s GDP comes from the industrial-based economy. In the US it is about 12%; in Great Britain it is 12%. This shows that when we are talking about future of the economy, we have to talk about how we support industry, industrial jobs and innovation.”

But a strident Machnig was not just talking about throwing money at the problem any old how. Green technologies needs to be taken more seriously, energy needs to be managed more efficiently and national carbon footprints reduced.

In 2008, when Machnig worked at the federal level in Germany, he was involved in a national study investigating the size and importance of Green Tech sector. “At that time, we calculated that it had a market value of 1400 billion euros and that this would be growing to around 3400 billion euros by 2020.”

In Germany, if you look at our numbers, about 16% of this market at the moment is coming from German production. Even in the economic crisis we had double-digit growth in what we call the clean tech sector, which means a wide range of activitie including renewables, mobility, life science, biomedicine, green chemistry, bionics, surface technologies and so on.”

Machnig cited a report from the International Energy Agency from November 2011, which predicted that between now and 2035 global energy consumption will grow by 30%. “Last year we had the peak of CO2 emissions worldwide – 33 billion tonnes and that was the highest ever output in world history.”

“We know that the energy consumption is the key issue because the price of energy is only going to rise. The International Energy Agency also predicted that by 2030 the price of oil will be about $210 per barrel.”

“What does this mean? It means that we have to reinvent the industrial economies again. We need a third industrial revolution. The industrial-based economy has to change and efficiency is the most important question of these days. You can consider it like this – ecology will be the economy of the 21st century. And if that is true then we have to look for innovations that are going to help us go in that direction.” 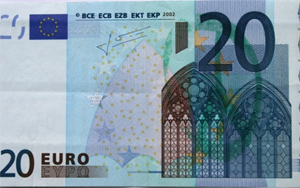 Machnig’s home turf, Thuringia, is regarded as the Silicon Valley of the optics and photonics industry in Germany. It is the cradle of photonics and location of the great 19th century optical advances by the likes of Ernst Abbe, Otto Schott and Carl Zeiss. He is confident that photonics technologies can accelerate the recovery, support the necessary innovations in energy generation and power the third industrial revolution.

“Going around Photonics West this week, talking with the people lecturing and exhibiting, one of the main issues I hear about is how to raise efficiency. In the lighting and laser sectors, that ambition has a huge impact. If you look at laser technology the performance efficiency rate in recent years has gone up from 1% to 40% or even 60%, which is a huge step and this shows the great potential for the clean-tech sector to support the wider industrial sector.

“This conference and fair is about the future and about more efficiency and it’s about how to be a part of what I called the third industrial revolution that is needed in the 21st century.

He referenced a famous Green Tech observation from Jeffrey Immelt, the CEO of General Electric, who in 2007 enigmatically observed, “green is green.”