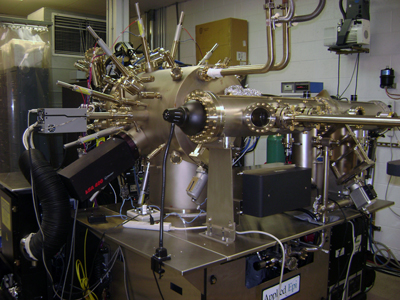 Zephyr Photonics and Teledyne Microelectronic Technologies, a division of Teledyne Technologies, have announced a partnership to develop and market novel optical interconnect technology solutions to meet the high bandwidth and harsh environment demands of the defense, aerospace, commercial aviation, and oil and gas industries.

The partnership combines Zephyr's proprietary vertical-cavity surface-emitting laser (VCSEL) technology with Teledyne Microelectronics' five decades of experience designing and manufacturing multichip modules and ruggedized fiber optic assemblies for a variety of applications. Zephyr was formerly known as OptiComp and founded in 1987, while Teledyne Microelectronic Technologies is a US Government Department of Defense “Trusted Source” for microelectronics.

This is the first major commercial partnership for Zephyr Photonics, which recently transitioned to a commercial enterprise after more than 25 years as a research and development company. The agreement with Teledyne Microelectronic Technologies includes joint product development to address future market opportunities, provides a collaborative sales channel to reach more customers faster while opening new markets via Teledyne's multiple divisions, and establishes a trusted partnership for government funding proposals for new technology development.

"This is a significant step for Zephyr Photonics as we work to establish our foothold as a trusted resource and partner for optoelectronic technology across a variety of markets and industries," said Tom Steding, CEO of Zephyr Photonics. "Working with Teledyne Microelectronic Technologies provides credibility to our customers via a trusted manufacturing facility and further demonstrates our commitment to the defense OEMs, and ultimately, the Warfighter [combat aircraft]."

“In five years time, we believe that this set of products could support a $100 million market. The optical interconnect is in a good position marketwise considering the copper alternative – which has significant problems, not least its mass and relatively high material cost.”

But raw materials and weight aside, Steding asserts that there are also technical advantages with the Zephyr design: “Optical alternatives from other suppliers are typically rated to perform at up to 80ºC and are often badly affected by vibration and EMI interference, while our VCSEL designs can enable interconnects to work at up to 155ºC, which is good for downhole applications, such as in the oil and mining industries. Under certain conditions, they will also work above 200ºC. We have developed solutions that work under tough shock and vibration and that are also radiation-hardened.”

Although this is ostensibly a 50:50 project between the parties – who have not yet dedicated significant funds, staff or facilities to the development – Zephyr Photonics is taking the lead as the new optical interconnects will be based on its product roadmap. Teledyne is the contract manufacturer and a distribution channel.

Albert Andry, Vice President and General Manager of Teledyne Microelectronic, added, "Teledyne Microelectronic’s relationship with Zephyr expands our range of optoelectronic packaging solutions well beyond those of our competition. By partnering with Zephyr, we can take our superior fiber optic packaging capabilities to the oil and gas sector, where extreme temperature requirements are driving technology to limits not seen before."

Work has already started on product development and the partners expect to be in commercial production in early 2013. There will be two ranges of optical interconnects, ultimately comprising several dozens of models The first set will be harsh environment interconnects (HEIs), operating typically at up to a few gigabits for apps such as sensing in jet engines for feedback/monitoring systems, and the second set will be high bandwidth interconnects (HBIs). The latter will be CWDM based typically supporting higher data rates above 10 Gigabit/s and designed for satellite imaging applications. The HBI range will likely take longer to develop.