The German photonics giant signs a 'more expansive' deal with IMRA, allowing Jenoptik to use fiber lasers in automotive applications. 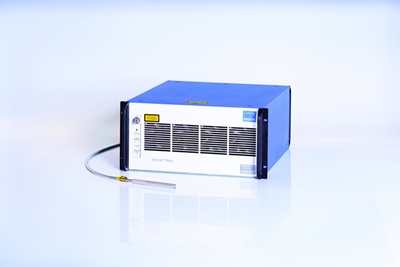 Jenoptik has signed an expanded license deal with IMRA America that the two companies say will enable Jenoptik to extend its current fiber laser product offering for high-power applications, including automotive manufacturing.

The companies had signed an initial agreement covering the intellectual property described in IMRA’s US patent 5,818,630 just 18 months ago, since which time demand for fiber lasers has grown quickly – particularly in the recovering automotive sector.

The chief beneficiary of that boom has been IPG Photonics, which IMRA has accused of infringing the ‘630 patent in a high-profile court case. That case is about to go before a jury trial, with a start date of September 26 set at the Eastern District of Michigan Southern Division District Court.

IMRA America’s president Takashi Omitsu said in a statement outlining the new Jenoptik deal: “We are delighted to continue our primary mission of developing new technology for our own products and then licensing them to others so as to further benefit the general public.”

Potential witness
Omitsu is listed as a potential witness in the IPG court case, in which IMRA will need to convince the jury that IPG has infringed the ‘630 patent and that damages should be awarded. Although IPG is not now questioning the validity of the patent, it is expected to argue that its fiber laser products do not contain every element of the design described in its claims.

Michael Mertin, Jenoptik’s CEO, welcomed the new licensing agreement, commenting that it would strengthen the value of the company’s core lasers and optics segment. “It matches well with [Jenoptik’s] strategic roadmap,” he said.

The German company told optics.org that one of the key differences between the updated license agreement and the initial one was the removal of certain restrictions covering applications of the high-power lasers – in particular the field of automotive manufacturing.

“The first license agreement had several restrictions, most notably the range of permissible applications of lasers,” said Jenoptik. “While we do not want to elaborate on all differences, we can say that this restriction is now removed”. The company adds that it has so far shipped between 100 and 200 fiber laser units, the majority of which have been pulsed lasers.

* for clarity, the agreement between IMRA and Crystal Fibre/NKT does not relate to the '630 patent.