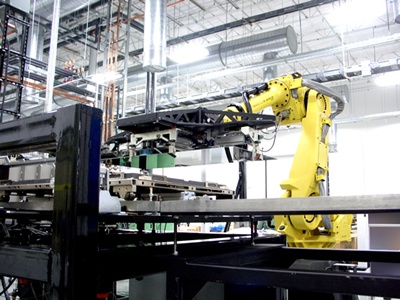 The move comes amid a general shake-out in the PV industry, sparked by falling prices of traditional silicon-based modules this year, and which has seen some high-profile casualties in recent weeks – most notably another CIGS company, Solyndra.

HelioVolt’s CIGS technology is less radical than Solyndra’s – in that the company produces flat modules rather than cylindrical ones – and the new investment will allow HelioVolt to expand existing manufacturing operations in Austin, Texas, and begin development plans for global manufacturing.

The company told optics.org that the Austin facility was currently rated to have an output capacity of 20 MW, but that level is not being reached because product certification has not yet been completed.

“Our partnership with SK will provide us great access to a broader supplier base and opportunities to ramp our production more quickly,” said HelioVolt’s VP of business development Iga Hallberg. “Once we have completed the certification testing and are authorized to mark, we will be producing higher volumes for broader distribution and market development.”

Right now, the Austin factory is producing panels for early customer test systems as the company waits for final IEC certifications, and has a 23 kW array being installed in San Antonio, in collaboration with Texas A&M University. “We have started shipping modules to customers and are starting to build a pipeline that is going out a year already,” Hallberg added.

The cash injection, from SK Group’s SK TIC and SK Innovation subsidiaries, will be used for a variety of purposes, Hallberg indicated, saying: “We have a few tools here in Austin that we will be upgrading and hiring new skills into the company.”

“We are quite excited that we have found a great partner for HelioVolt. Through the partnership we will have access to their engineering, construction, markets and of course financial [fund raising] expertise.”

Currently, HelioVolt says that it is able to make CIGS modules with an average production efficiency of 11.7% on its existing line. That translates to a maximum panel output of 70-80 W. The company will also look to improve that key efficiency statistic, and has delivered a “champion” 12.6% module in the past.

In the wake of the Solyndra fiasco, HelioVolt appears to have found something of a “white knight” investor, much as Ascent Solar has managed with Chinese construction firm TFG Radiant. Nevertheless, the major challenge for all CIGS companies now is to deal with the rapid drop in prices of rival silicon modules:

“The fundamentals of the solar industry remain the same for everyone,” Hallberg said. “Deliver the highest efficiency, low-cost module that produces the most cost effective solar energy. Period.”