Omid Kokabee, a PhD candidate at the University of Texas, has been detained in Iran since early 2011. 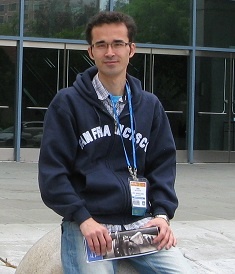 Four major optics societies have united to call on Iran’s political leaders to allow the release of Omid Kokabee, an optics student detained in the country on charges of espionage.

“On behalf of the optical scientists and engineers from the 170 countries represented by the international [optics] organizations, we respectfully request that you consider allowing our colleague to return to his studies,” they write.

Currently a PhD student in optics at the University of Texas at Austin, and an SPIE member, 29-year-old Kokabee is believed to have been arrested by the Iranian authorities in early 2011 after returning to the country to visit his family. A trial had been expected in July, but that has since been postponed with the status of the case currently unknown.

The societies’ letter follows a similar appeal to Iran by the Committee of Concerned Scientists (CCS) in July. In its letter the CCS said that Kokabee was arrested at Tehran airport and held in Evin prison to stand charges of “communicating with hostile government” and “illegitimate earnings”.

A graduate of Sharif University of Technology in Tehran, Kokabee later gained a master’s degree in photonics at Universitat Politecnica de Catalunya in Barcelona, Spain, before moving to Austin last year to work on laser-plasma interactions for generating energetic particles.

The student is known as an active member of the photonics community and, according to the societies’ letter, he is expected to be successful: “The science research community is a global community that considers Iran an important member; we value the contributions that Mr. Kokabee has made to the field of optics and expect him to become a respected member of the research community if he is allowed to continue his studies,” they write.

With the new academic year about to begin, they are urging a review of the allegations against Kokabee so that he can resume his research as soon as possible.

• The Committee for Concerned Scientists has set up an online petition calling for the release of Omid Kokabee.