The European Physical Society (EPS) is set to make a formal request for United Nations endorsement of 2015 as an 'International Year of Light'. 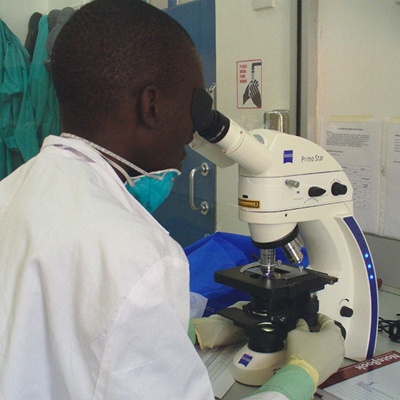 The European Physical Society (EPS) has kicked off an effort to have 2015 proclaimed as an “International Year of Light”, under the auspices of the United Nations.

The project aims to promote wider understanding of the fundamental role that photonics plays in today’s society, attract more young people to study the subject, and to demonstrate how optical technologies are critical to sustainable development and can help developing countries.

Luisa Cifarelli, the EPS president and chair of the steering committee directing the effort, said: “Light is an immediate and fascinating topic, but also inter- and multi-disciplinary in all its numerous forms. It is ideal to be chosen for the declaration of an ‘International Year’.”

The EPS, which has been working on the idea for the past 18 months along with other photonics organizations including SPIE, OSA, the International Commission on Optics (ICO) and Photonics21 among others, has published a prospectus outlining its proposal that can now be accessed directly from the society’s web site.

High-level delegates from the committee and the various organizations representing photonics will present the idea for an ‘International Year’ at the General Assembly of the International Union of Pure and Applied Physics (IUPAP), which is being hosted by the Institute of Physics in London, UK, this November.

If the EPS proposal is endorsed by the IUPAP General Assembly, the idea will then need to be proposed by an executive of the United Nations Educational, Scientific and Cultural Organization (UNESCO) and approved at a forthcoming UN or UNESCO General Assembly meeting.

Reaching out
John Dudley from the Université de Franche‐Comté in France, secretary of the steering committee that is directing the project, told optics.org that a key part of the reasoning behind the ‘International Year’ idea was to address the problem that optical technologies are little-understood and appreciated outside of the field – despite the enormous impact that they have had on human society, from opening up global communications and the internet through submarine optical links, to revolutionary technologies used in medicine.

He adds that it will be important to go beyond the celebratory nature of the “Laserfest” events held in 2010 to commemorate the invention of the laser in 1960, and to present to the UN a range of activities including outreach and education, as well as the impact of optics and photonics, both in science and in wider culture.

“As the application of light through the field of photonics becomes the key cross-cutting discipline of science in the 21st century, it is critical that the brightest young minds continue to be attracted into science and engineering careers in this field,” states the EPS.

Key themes
The EPS prospectus identifies four themes around which the year-long activities celebrating the science and application of light-based technologies would likely be based. They are:

• the science of light, showing how optics and photonics is fundamental to all science
• tools for the future, highlighting the application of photonics in key fields such as medicine, energy and communication
• light for development, promoting photonics technologies such as advanced lighting, solar power and water purification
• pioneers of light, celebrating the scientific contributions made by the study of light through educational and outreach activity – including associating each month of the year with a particular scientist and their contribution to the field

The year 2015 would appear to be perfect timing from a historical point of view, given the remarkable number of anniversaries relating to optical science, including:

The EPS is welcoming more partners to become involved in the “International Year of Light” venture, and support to assist with the IUPAP presentation set for November. For further details, contact the Project Secretary John Dudley at john.dudley@univ-fcomte.fr, or light@eps.org.