Congress battle lines are drawn as a Senate subcommittee provides more funding for NASA but less for NIST and NSF than its House counterpart.

The battle to save the James Webb Space Telescope (JWST) has received a boost, following approval of a key spending bill by the US Senate Appropriations Subcommittee on Commerce, Justice and Science (CJS).

After its counterpart in the House of Representatives said in July that it planned to eliminate funding for JWST following severe cost and schedule overruns, the Democrat-controlled Senate subcommittee earmarked NASA for $17.9 billion in funding for fiscal year 2012.

That is still a reduction of more than $500 million on the 2011 level of spending, but provides an additional $1.1 billion compared with the NASA funding suggested by the House subcommittee.

“The bill provides funds to enable a 2018 launch of the James Webb Space Telescope,” states the Senate subcommittee, which is chaired by Maryland’s Barbara Mikulski, in its summary of the bill. The level of funding would also support NASA’s investments both its “Orion” crew vehicle, and its heavy-lift launch system. But although the JWST gets funded and NASA does better under the Senate’s plans, other institutions do not fare so well.

For example, the National Institute for Standards and Technology (NIST) would receive only $680 million - $70 million less than it received in FY2011, and even below the $701 million level set by the House subcommittee. The Senate plan would also eliminate funding for NIST's Technology Innovation Program. 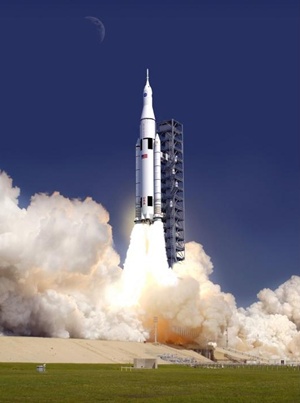 The National Science Foundation (NSF) would also see an additional hit under the Senate bill. It would be funded at $6.7 billion, $162 million less than in FY2011. The House subcommittee had earmarked NSF for flat funding in FY2012, while the Presidential request had been for $7.8 billion.

Aside from NASA, the Senate's main beneficiary would be the National Oceanic and Atmospheric Administration (NOAA), which would receive $5 billion under the Senate bill. If enacted, that would represent an increase of $434 million on FY2011, while the House bill provides only $4.5 billion. But the total also includes $920 million for the Joint Polar Satellite System, more than double the FY2011 figure for the program – meaning that other NOAA programs would face administrative and overhead cuts.

“The bill invests more than $12 billion in scientific and high-impact research and technology development,” said chairwoman Mikulski. “[It] focuses on investments to help grow new businesses and export more products…and funding for the development of our next-generation weather satellites to forecast and warn about severe weather.”

Exactly how much of this version of the bill becomes enacted remains to be seen, and may take months to resolve as the House and Senate lock horns. Overall, the Senate bill would cost $52.7 billion. The House version totaled $50.2 billion, giving the two sides $2.5 billion to argue over.