The US defense contractor takes a share in the developer of quantum cascade laser technologies following a series C financing round. 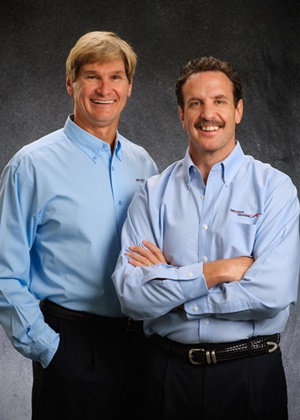 Daylight Solutions, the San Diego company that has developed quantum cascade laser (QCL) products for infrared countermeasure (IRCM) and spectroscopic applications, has raised $15 million in its series C round of equity financing.*

While existing venture partners featured in the latest round, that investment was led by the giant US defense contractor Northrop Grumman. Northrop now owns an equity share in the company, although Daylight says that it has no controlling interest. Following early-stage funding shortly after its incorporation in 2004, filings with the US Securities & Exchange Commission (SEC) show that Daylight had raised $6.5 million in 2007, $5 million the following year, and another $2 million in 2010.

The company says that the Northrop-led financing will be invested in expanding both its product offering and manufacturing infrastructure – including production capacity, quality processes, reliability and field support.

Daylight’s QCL-based products have a wide range of potential applications in spectroscopic molecular sensing and imaging, but Northrop’s main interest is likely to be in the “JammIR” family of products for use in IRCMs. The mid-infrared wavelength light produced by QCLs can be used to distract heat-seeking missiles from their targets. Crucially, QCLs can operate at so-called “out-of-band” wavelengths, meaning that they do not tip-off an adversary, as is the case with more easily detectable sources operating at shorter infrared wavelengths.

Manufacturing expansion
Daylight founder and CEO Timothy Day said of the latest investment: “The financing will allow us to serve all of our customers with a family of QCL-based products based on a modular, open source, core technology platform meeting the requirements of the most demanding environments in defense as well as commercial markets.”

“Our manufacturing infrastructure capacity and reliability programs will be expanded as a result of the financing transaction.”

In May this year, Daylight completed environmental testing of its fourth-generation QCL-based system for IRCM, and earlier this month it announced that the JammIR product had shown its effectiveness against missiles and other threats in tests by the US Air Force. Those latest tests have demonstrated that the QCL-based approach is suitable for both large and small aircraft, including fixed-wing planes and helicopters.

Although different types of mid-IR light sources can be used in IRCM systems, Daylight told optics.org last year that the reliability of its external-cavity semiconductor sources was one of the key reasons behind the desire of the US military to adopt them. Any commercially available QCL chips can be deployed inside its modular designs, but Daylight typically uses lasers based on an InGaAs/InP material system.

Other security applications of the systems exist in detecting chemical agents, while in terms of commercial uses, similar spectroscopic information may be used to provide medical diagnostics through breath analysis, and gas monitoring applications in industry.

Growing market
Invented at Bell Laboratories in 1994, QCL sources still only command a tiny market in comparison to other semiconductor lasers, but there are signs of a breakthrough. Late last year, the UK company Cascade Technologies showcased a prototype QCL system for airport security scanning of explosives, for example. Other US firms developing the technology include Pranalytica, which is working on a directional IRCM system for commercial and military aircraft, and Block Engineering – which won a Prism Award earlier this year for its QCL-based “LaserScan” detector for stand-off sensing of explosives and harmful chemical agents.

In a report published last year, Strategies Unlimited also highlighted the expected rapid growth of the market for mid-infrared QCLs in commercial applications. Industrial deployments could include sensors used in trace detection of important aromatic compounds such as benzene, toluene and xylene. In medicine, mid-IR lasers already represent a market worth around $100 million, but this is expected to grow with the adoption of advanced techniques such as breath diagnosis and optical molecular imaging.

* This article has been amended since initial publication.