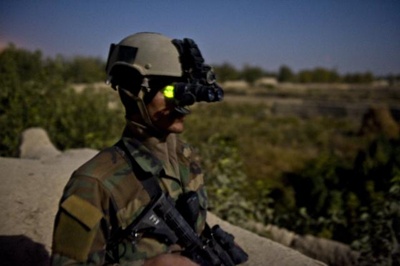 Optical component and sub-assembly manufacturer Rochester Precision Optics (RPO) is to accelerate its expansion with an investment of $10.7 million at its facility in Henrietta, New York.

The cash injection is the latest in a series of expansive moves by the company, which emerged from the Eastman Kodak empire when the imaging company decided to exit optics manufacturing in 2005.

In December 2010, RPO acquired the New Hampshire firm Molded Precision Optics (MPO), giving the company access to high-precision plastic optical technology that RPO had missed out on when it bought out the Kodak operation. RPO has also expanded into China with its Shanghai subsidiary Precision Optics Trading Company, while in January it acquired the optical design and engineering specialist ASE Optics.

The latest investment will deliver an additional 43,000 square feet of floor space, including extra clean room area, and create 151 new jobs on top of RPO’s existing workforce of 144.

Originally focused solely on defense applications of optics, for example in thermal imaging and night vision systems, the acquisition of MPO and creation of POTC are key elements of RPO's strategic expansion into commercial and industrial applications through a new business unit established in January 2011. Former Corning and Raytheon manager heads up the commercial unit.

State assistance
According to Empire State Development (ESD), the state-run economic development agency which has provided a $750,000 capital grant towards the latest investment, RPO had been looking at sites outside of New York for the forthcoming expansion.

The ESD CEO Kenneth Adams said, “New York State is a leader in optics and imaging and we are committed to maintaining and expanding businesses in this industry. Companies like RPO see the value in our highly skilled workforce, manufacturing base and infrastructure.”

Also oiling the wheels to enable the latest expansion is the County of Monroe Industrial Development Agency (COMIDA), providing a property tax break through its “JobsPlus” program. COMIDA was also instrumental in the emergence of RPO from the ashes of the former Eastman Kodak division, having provided a $400,000 grant in 2005 that helped the company to gain the manufacturing assets and re-hire key staff from the division.

At that time, RPO was expected to create around 75 jobs – an estimate that it has already nearly doubled, and which the $10.7 million expansion will virtually quadruple.

• Rochester’s regional photonics cluster is this month hosting a three-day “optics immersion camp” for students from East High School, under a program developed in conjunction with the Monroe Community College designed to equip students for a career in the optics industry. The “Summer Optics Sizzler” takes place 27-30 June.