Industrial laser firm is the latest to increase its financial guidance for fiscal 2011, as demand strengthens across all sectors. 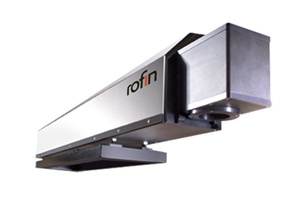 Industrial laser firm Rofin-Sinar has become the latest photonics company to raise its financial targets for fiscal year 2011, as demand from the machine tool, medical and automotive sectors shows no signs of slackening.

In the latest quarter, Rofin CEO Gunther Braun reported a shift in demand towards macro applications and customers in Europe, as the company added 70 new people to its workforce and sold a total of 1121 lasers in anticipation of a strong finish to the fiscal year.

For its second fiscal quarter of 2011, Rofin reported sales of $136.2 million – a very slight decline on the strong first-quarter figure, although Braun explained that the company was unable to record $10 million in revenues because one customer was still constructing a building that will eventually house its new Rofin lasers.

Coupled with a $12.7 million net income that was somewhat below expectations, that might look disappointing. But with bookings at a record level of $159.3 million, Braun is now expecting full-year sales of between $560 million and $580 million – up from a projection of around $550 million previously.

Much of that demand is coming from customers purchasing CO2 slab lasers, largely for use in machine tools. “The visibility and confidence in the market is back,” said Braun, adding that sales of high-power fiber lasers (Rofin owns Nufern, which specializes in fiber lasers) were now starting to have an impact, with good feedback from customers. Overall, fiber laser sources and systems accounted for $10.2 million sales in the latest quarter, he told investors. 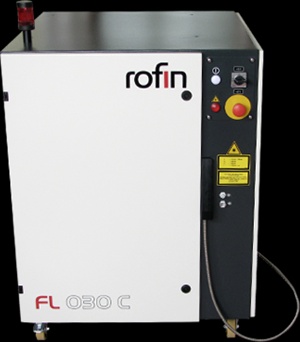 Fiber laser competition hots up
Those lasers will be heavily promoted at the forthcoming LASER World of Photonics trade show set for Munich later this month. The biennial event is a key date in the industrial laser calendar, and other companies hoping to challenge IPG Photonics’ dominant market position are also set to launch fiber laser products at the show.

With business looking so strong, Braun said that Rofin would be expanding production through investments at its locations in Germany, Finland and the UK, while much of its research and development spending would be focused on its emerging high-power fiber laser offering.

Rofin divides its product lines into “macro” and “micro” applications, largely a reflection of the power of the laser sources sold. In the latest quarter, macro applications accounted for 41% of sales and micro accounted for 49% (component sales made up the remaining 10%). In the micro sector, Braun noted better traction in medical device and photovoltaics production, a continuing trend. One highlight picked out by the CEO is the success of Rofin’s ultrafast Femtolaser product, which is being used to cut stents used in medical applications and has had particular success in the North American market.

Braun added that the company had seen no supply disruption as a result of the recent earthquake and tsunami that devastated north-eastern Japan. In fact demand from the Asia-Pacific region has been extremely good, with Braun highlighting strong customer pull from China, Singapore and Japan in particular. China now accounts for around 16% of Rofin’s sales, he added.