Sales of packaged LEDs and solid-state lighting products are growing sharply as the industrial giant looks to consolidate its wider business. 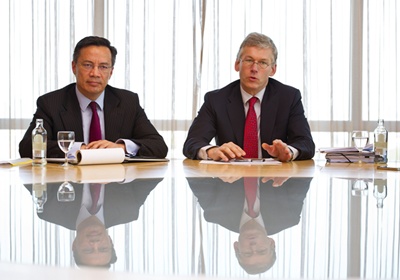 Packaged LEDs and solid-state lighting products are proving to be a strong revenue driver at Royal Philips Electronics, pushing the giant company’s lighting business back onto a solid growth curve in the first quarter of the year.

Philips reported that, overall, its first quarter sales of €5.26 billion ($7.48 billion) were up 6% on the same period last year, with its lighting division contributing €1.90 billion to that total after rising by a similar amount.

The company was keen to highlight the spin-off of its television business into a joint venture in its latest investor call - something that Philips has been working on for several quarters. But over the past 12 months, sales of packaged LEDs have been an impressive source of revenue growth. Philips said that LED components accounted for 7% of its lighting division’s total revenues of €7.6 billion over that period - equivalent to about €530 million.

The figure represents an increase of approximately 50% compared with the previous year, and indicates the rapid rate of growth of the industry, as well as the success of the Philips Lumileds subsidiary, which is ranked among the world’s top six LED manufacturers.

Billion-euro business
But Philips also sells LED-based lamps and luminaires, and these accounted for approximately €600 million in revenues over the past 12 months – meaning that sales of LED-related products were €1.1 billion in all.

That figure is rising fast, and in the opening quarter of 2011 sales of all LED-related products were up 27% on the same period of 2010 – and nearly three times the figure reported in 2009.

It estimates the global illumination market to have been worth €50-€55 billion in 2010, but predicts a compound annual growth rate of 8% over the next five years to push that figure to €80 billion by 2015 – largely a result of solid-state lighting, which it expects to account for more than half of the market by that time. “The move to LED will increasingly drive growth in the general lighting market in the years ahead, notably in luminaires,” said the company.

Responding to concerns raised by investors about a perceived weakness in the market for LED chips that has been reported by other manufacturers, new CEO Frans van Houten said that Philips was unlike many of its peers, since it sells both packaged chips and lighting products.

“There is a tremendous transition [ongoing] in the lighting industry,” added van Houten. “Our strategy is to offer added value by providing both the light source and applications.”

Rival companies selling both high-flux LED sources and lamps include US-based Cree and Germany's Osram Opto Semiconductors. The latter should receive a major boost later this year when its parent company Siemens spins out its Osram lighting business via a substantial IPO.