Electronics giant Sharp and solar LED lighting specialist Carmanah Technologies are among the founding members of a new industry group. 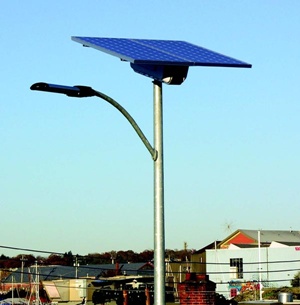 Japan-based Sharp Electronics is among four founding members of a new industry consortium that is aiming to advance the market penetration of photovoltaic-powered lighting technologies.

The four companies starting up the Consortium for Solar Lighting (CSL) are Sharp, Carmanah Technologies, Inovus Solar andSolarOne Solutions, who are also inviting more firms to join the group.

“The mission of this group is to accelerate the adoption of reliable solar lighting technology through the development of universal specifications intended to support customers’ fair and comprehensive evaluation of commercial-scale lighting systems,” they said in a statement announcing the formation of the group.

Of the four consortium founders, only Sharp is a household name – and also a major manufacturer of both solar cells and LED components. Canada-based Carmanah and Inovus Solar, which is headquartered in Boise, Idaho, both specialize in solar-powered LED lighting solutions.

Solar lighting applications
Last month Carmanah, which was founded back in 1996, agreed a $625,000 sales deal to illuminate a road network at a large industrial facility in Latin America – representing the first application of the company’s latest EG340 solar lights in roadway lighting.

Among the other projects that Carmanah has been involved in is the installation of solar-powered illumination for London bus stops, which optics.org reported on back in 2005. 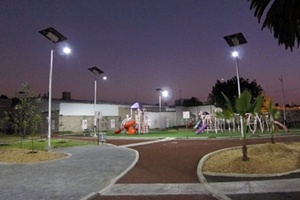 Although solar lights are commonplace enough in low-end residential applications such as garden illumination, part of the problem with deploying the technology in commercial applications is the lack of standards. Aside from increasing awareness of the technology more generally, this will be a key aim for the new consortium:

“The first milestone of the group is to develop common terminology and key metrics, presented in a consistent, user-friendly form that can be readily adopted by municipal, government and commercial customers and specifiers,” the group said.

One of its first actions is to release a white paper highlighting recommended practices, which it expects to publish on June 15. The four companies will also be highlighting the development at the 2011 Lightfair exhibition, which takes place in Philadelphia next month, and are actively inviting other companies to join the group and establish a more formal organization.