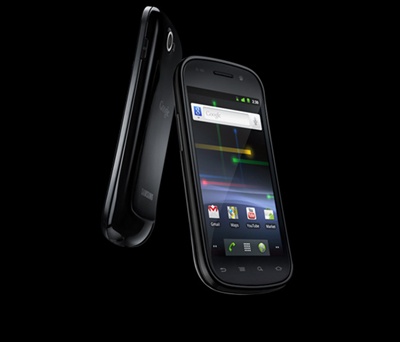 This year could go down as the turning point in organic LED displays technology. That’s according to Universal Display Corporation (UDC) CEO Steve Abramson, who made the prediction as he announced that the company had near-doubled its sales and halved operating losses in fiscal year 2010.

UDC sells critical chemicals used in OLED production, and lists both Samsung and LG Display – the two major drivers of the OLED market using the technology in their mobile handsets – as important customers.

“This year may have represented the beginning of the long-awaited inflection point for the OLED display market,” said Abramson. “Displays have come to be an important feature that consumers are demanding of their high-end smart phones and other hand-held devices.”

The CEO went on to list a number of key developments expected in 2011, as OLED technology matures and migrates to larger-scale displays such as tablet computers – and perhaps even televisions.

Size trend
To demonstrate the impact so far in handsets, he noted that Samsung has now sold more than 10 million units of its “Galaxy S” smart phone, which features an active matrix OLED (AMOLED) display. The Korean electronics giant, which accounts for a large chunk of UDC’s commercial sales, is expected to release the Galaxy S2 successor within a couple of months – featuring a 4.3 inch AMOLED display.

Other high-end handset vendors are also joining the OLED bandwagon, with Google’s Nexus S (which is made by Samsung), Verizon’s Droid Incredible and Nokia’s E7 all set to feature the technology.

The migration to larger display sizes is expected to be a major trend in 2011, and Samsung has already showcased a tablet featuring a 7-inch AMOLED display. “The tablet market has tremendous growth potential and provides excellent mid-sized products for OLEDs,” noted Abramson.

Although the OLED market has been somewhat hindered by limited production capacities, the CEO said that he expected Samsung to increase production substantially when it opens its “Gen 5.5.” AMOLED factory in mid-2011. “When all lines in their new plant are operational, they will be able to produce 30 million 3-inch displays per month,” he said, adding that the company had budgeted $4.8 billion towards OLED production facilities this year alone.

Abramson also quoted suggestions from Barry Young, managing director of the OLED Association, that LG Display is gearing up for a “Gen 8” OLED fab in Korea. That generation of facility would be capable of producing 30-inch and 55-inch television panels, and in turn suggests that the company could be ready to produce OLED televisions in volume as early as next year.

Financial impact
In terms of the impact of this growing market traction on UDC’s financial results, the company reported a strong improvement in fiscal 2010 – although it still posted a hefty net loss.

Total revenue jumped by 93% in 2010 from the previous year to reach $30.5 million, of which approximately two-thirds related to “developmental” sales, and one-third “commercial”.

With the company still spending heavily on research and development in particular, that translated to an operating loss of $10.2 million, only half of the $20.3 million registered in 2009. Despite that loss, which was accentuated by the non-cash impact of a $10 million stock warrant liability, UDC’s balance sheet looks healthy enough, with the company holding $73 million in cash and short-term investments.

Looking to the future, UDC’s CFO Sidney Rosenblatt echoed Abramson’s positive thoughts, saying: “The appetite for bright, beautiful and more energy efficient and environmentally friendly displays is creating strong demand for the use of OLEDs in a variety of applications.”

“To further leverage our extensive intellectual property assets [UDC recently acquired OLED patents from Motorola], we are actively pursuing opportunities in the small and large format display markets – as well as the general lighting market where our technology can demonstrably improve OLED performance and efficiency.”

While the lighting market remains a much longer-term prospect for OLEDs than consumer electronics applications, UDC is working closely with the Indian manufacturing giant Moser Baer on a white OLED lighting project with the US Department of Energy.