The ongoing legal battle between fiber laser companies IPG Photonics and IMRA America now looks likely to go to trial, after the judge presiding over the case denied IPG’s motion to dismiss the case, and upheld two motions proposed by IMRA.

Now in its fifth year, the protracted case began when IMRA sued IPG for alleged infringement of its US patent 5,818,630 (the ‘630 patent) back in November 2006, claiming associated damages. IPG denies all the claims and is confident that a jury trial would find in its favor.

But following a March 3 hearing on the four motions proposed by the companies – two from each party – senior US district judge Arthur Tarnow ordered that both of IMRA’s motions be granted. And although he refused IPG’s argument to dismiss the infringement claims, the judge did partly uphold IPG’s motion to restrict any awarded damages. 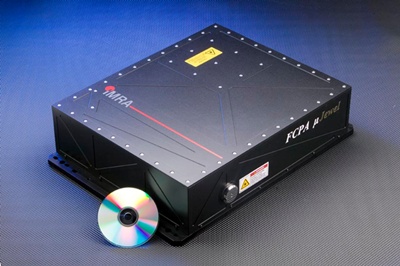 IMRA motions
The first of IMRA’s motions was a request for summary judgement of “no invalidity for derivation”. This relates to IPG’s argument that the ‘630 patent ought to be invalidated because it was, in IPG’s view, derived from two independent sources. IPG had argued that the patent was derived from both the 1996 doctoral thesis of Lih-Mei Yang, a University of Michigan postgraduate who received funding from IMRA (Yang was mentored by Martin Fermann from the company), and work by its own CEO Valentin Gapontsev.

Similarly, the judge did not accept the connection between the patent and Gapontsev's own work, stating: "While Dr. Gapontsev has testified that the ‘630 patent was derived from his work, corroborating evidence of his claims is lacking."

IMRA’s second motion was for a summary judgment of “no inequitable conduct”, and intended to stop IPG from arguing that IMRA had misled the USPTO when filing its ‘630 patent. To win that argument, any defendant has to show that the patentee failed to disclose material information, with an intent to deceive the USPTO.

IPG had argued that, by failing to disclose various technical papers in its patent filing, IMRA had engaged in inequitable conduct. Judge Tarnow clearly disagreed with that, describing the IPG assertions as “bare and inadequate” in his analysis. “Mere knowledge does not prove culpable intent,” he concluded. “Plaintiff’s [i.e. IMRA’s] motion for summary judgment of no inequitable conduct is granted.”

IPG motions
IPG’s attorneys had submitted two motions of their own – one requesting a summary judgment of no infringement, and another relating to damages issues.

The infringement case is centered on the precise nature of a so-called “mode converter”, the part of a fiber laser that matches the mode field diameter of a beam from a single-mode passive fiber to the fundamental mode of a multi-mode fiber, effectively launching the beam from one fiber to the other.

IPG argues that its fibers are “pre-matched”, so they don’t need the kind of mode converter that is protected by the ‘630 patent - the matching is achieved instead by simply splicing the fibers together. However, IMRA says that IPG’s designs do not use a standard splicing technique, and that the optimized splice acts – in effect – just like a mode converter. IMRA also points to IPG’s own design schemes and documents, which it says emphasize the importance of the splicing process.

On this point, which is crucial to the eventual outcome of the case, Tarnow says that both parties’ arguments are supported by expert reports that are conflicting. As a result, he notes that it will be for a jury to determine which is correct: “Where there is conflicting expert testimony about how a device functions, summary judgment is inappropriate,” the judge said. 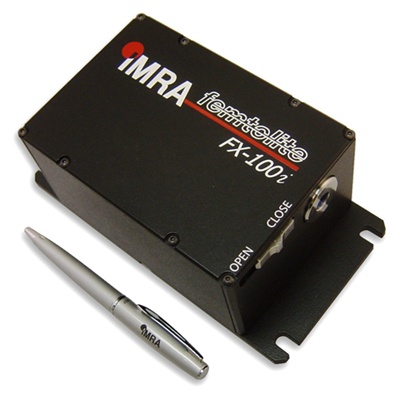 Internal memo
IPG’s motion also requested summary judgment of no willful infringement of the ‘630 patent, since it has a legitimate defense on the infringement claim itself, and could not have acted in an “objectively reckless” manner, as IMRA would need to show if its claims were to be upheld.

In fact, IMRA believes that it has proof of such willful infringement. This takes the form of an internal memo written by IMRA’s Donald Harter after a conversation with Gapontsev in August 2000, where the IPG CEO apparently stated that IMRA “stole his idea”. Judge Tarnow notes that although that statement might suggest willful infringement, it could just as well support IPG’s assertion that the company genuinely thought that it was not infringing.

Those arguments could ultimately be for a jury to decide, after Tarnow denied IPG’s motion for summary judgment of no infringement – willful or otherwise.

In its other motion, IPG had sought a summary judgment to dismiss IMRA’s claims for damages prior to the 2006 lawsuit, on the basis that the company had unreasonably delayed filing a lawsuit while it knew, or should have known, that infringement was taking place. It pointed to an August 2000 memo from Harter to the IMRA president to back up that claim, as well as discussions with the laser systems company GSI Lumonics.

However, the judge again sided with IMRA, noting that the company had been assured that IPG was not infringing the patent in 2000, and that GSI had told IMRA that IPG was using single-mode fibers. Judge Tarnow also raised the issue of IPG’s “extreme and notorious secrecy policy”, which includes the use of an opaque silicone encapsulant to prevent any analysis of key components in its products.

“[IMRA] was under the impression that [IPG’s] products were single-mode, not multi-mode,” stated Tarnow. “If [IPG’s] own employees did not know the key components of the products, then a competitor arguably could not be expected to discover the alleged infringement.”

Damages question
IMRA is actually seeking damages from IPG’s sales of allegedly infringing products from November 16, 2000, onwards. However, its lawsuit was filed exactly six years later, and IPG had also argued that IMRA should be unable to seek any damages prior to the filing of the suit in 2006.

On this point, the judge did side with IPG’s argument, noting that many of the IMRA products covered by the ‘630 patent had not carried any markings to demonstrate the patent protection. “Failure to mark prevents the patentee from seeking damages for accused infringing activity - unless the patentee provides the accused infringer with actual notice of the alleged infringement,” he said. “The failure to mark the Femtolite F-100 product prevents [IMRA] from seeking pre-suit damages from May 14, 2004 to August 4, 2006.”

Aside from IPG’s successful motion regarding pre-suit damages, it would appear that IMRA has won all of the arguments contained within the summary motions. At the time of writing, no date has been set for a jury trial, and in theory it is still possible that the two parties may reach an out-of-court settlement. However, the antipathy between IMRA and IPG does make such an outcome seem unlikely.

IPG remains the world’s leading supplier of fiber lasers, and has built up a highly profitable business under CEO and co-founder Gapontsev. In fiscal year 2006, the year that IMRA filed the suit, IPG recorded high-power laser sales of $36.5 million, a figure that rose to $71.5 million in 2008 before dropping to $67.2 million in the recession-hit 2009. IPG subsequently recorded 61% total revenue growth in its fiscal 2010 results.