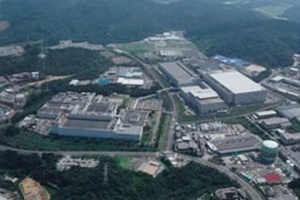 Sony is to expand its image sensor business by converting a semiconductor fab currently making high-end processors under a joint venture with Toshiba into one producing CMOS components.

The two companies had originally signed a non-binding memorandum of understanding in late December, but have now made definitive agreements about transferring key semiconductor manufacturing equipment from Toshiba.

Sony is purchasing the Toshiba equipment for ¥53 billion (approximately $646 million), as part of a wider ¥100 billion investment in its CMOS imaging sensor business first announced by Sony on December 27. Sony said then that it intended to double its production capacity.

“Sony's goal is to further strengthen its production capacity for CMOS image sensors, demand for which is increasing, and expand its CMOS image sensor business by utilizing the equipment to be transferred to Sony,” said the company in a statement.

The investment will be used to expand Sony's production capacity for "Exmor" and "Exmor R" CMOS image sensors, in order to meet increased demand from makers of smart phones and digital still cameras.

"Through this increase of capacity, Sony expects to solidify its position as the world's leading company in CMOS image sensors and CCD image sensors," said the company in December.

Joint venture termination
The equipment to be “transferred” is at a factory in Nagasaki currently operated under a joint-venture between Toshiba, Sony and Sony’s Computer Entertainment division. Established only three years ago, the site produces the high-performance “Cell” processor used in the Sony PlayStation 3 console.

Following closure of the deal, which is expected on April 1, that joint venture will be terminated, in line with Toshiba’s strategy to operate an “asset-light” business model, and the equipment will be owned by Sony Semiconductor Kyushu Corporation.

“The increase is borne on the back of growing demand from equipment like cameras in mobile handsets, video conferencing and automotive driver-assist applications,” said iSuppli at the time. “While CCDs had long been thought as a superior technology for image quality, CMOS technology has made great strides in recent years and narrowed the technology gap.”

iSuppli analyst Pam Tufegdzic forecast that the value of the total market for area image sensors in visible-range applications would grow nearly 16 per cent in 2011, to reach $6.7 billion.