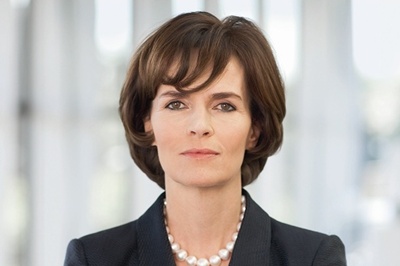 Trumpf president Nicola Leibinger-Kammüller has been named as one of the world's top businesswomen by the Financial Times newspaper.

In its November 2011 “Women at the top” feature, Leibinger-Kammüller – the daughter of previous president Berthold Leibinger – was ranked 40th of 50 global business leaders. The Germany-based, family-owned machine tool company is also one of the largest laser firms in the world, specializing in high-power lasers and systems for materials processing.

In the firm’s latest financial year, 52-year-old Leibinger-Kammüller oversaw a remarkable recovery in sales and profit from the 2009 recession, where Trumpf was hit hard by the impact of the global financial crisis on automobile manufacturing in particular. Sales grew 51% overall, with the laser technology and electronics division growing 63%.

The increasing adoption of laser manufacturing technologies in vehicle production since the crisis is one of the main reasons for Trumpf’s recovery, and earlier this year Peter Leibinger – chairman of the company’s laser technology division – revealed that it had secured an order for no fewer than 50 of its fiber-guided disk lasers from auto giant Volkswagen, to be used in cutting applications for hot-formed car parts. Most of those lasers will enter service in 2013.

Competitive advantage
Drawing on her background in economics, in which she holds a DPhil, Leibinger-Kammüller called on European politicians to find a rapid solution to the Eurozone debt crisis when announcing Trumpf’s latest financial results recently. Commenting on the firm’s prospects for the current financial year, she said: “We're expecting double-digit growth. However, there are also signs that because of the Euro crisis, growth will be far slower than last year. We're optimistic, but keeping our eyes open at the same time.”

Leibinger-Kammüller also stressed the importance of spending on research and development activity – which Trumpf made a point of maintaining at a high level during the 2009 downturn – to retain a competitive advantage. During that downturn, Trumpf's employees accepted a deal that saw cuts to working hours and wages in return for guaranteed employment until 2011, so that the company was able to reduce operating costs without shedding a large part of its workforce or slashing R&D.

"In spite of the crisis, we hired new engineers and offered our employees intensive training and continuing education opportunities," said Leibinger-Kammüller in 2010, as business bounced back strongly. "We have continued to focus our efforts on research and development because we know that this is the only way to maintain and expand our technological and competitive advantage."

Now, that spending has further grown: "We have increased our outlay on research and development, already high as it is, by 22 percent,” she said in October 2011. “Only in this way can we offer our customers products that give them the competitive edge.”

Leibinger-Kammüller has now been working at the family business for 27 years, starting out in its press and public relations department back in 1984. After two years at the company’s Japanese division later that decade, she became an executive VP in early 2003, and has been Trumpf’s president since November 2005. She is also a non-executive director on the boards of Lufthansa, Siemens and Axel Springer among others.

Topping the Financial Times poll this year was Irene Rosenfeld, the CEO of Kraft Foods.

• Meanwhile, Trumpf’s international sales director for laser technology Klaus Löffler has been designated as a Fellow of the Laser Institute of America (LIA). Löffler joined Trumpf in 1991, and spent four years working at VW as joining technology production manager before returning to the laser company five years ago.