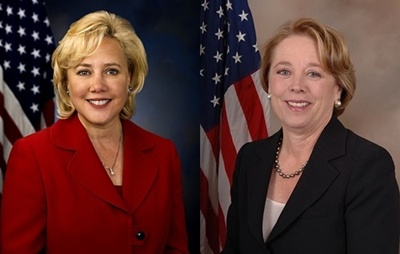 The small business innovation research (SBIR) program in the US, which had been in danger of collapsing amid a political impasse, will now be extended for a six-year term after a compromise on its finer details was finally agreed.

Legislation that will increase both overall program allocation and access to the well-regarded scheme for venture-backed start-ups will come into force after being included in the controversial National Defense Authorization Act (NDAA) now passed by both the House of Representatives and the Senate.

After the House and Senate first agreed a deal, there were initial fears that the White House could scupper the agreement by threatening to veto NDAA on the basis of parts of the bill that relate to the detention and trial of terrorism suspects. But that threat has now receded, and the legislation, valued at $662 billion in total, will come into force.

Washington representatives of SPIE, the International Society for Optics and Photonics, welcomed the resolution of the SBIR issue, which comes after a remarkable 14 continuing but short-term resolutions over the past few years. Bob Lieberman, chairman of SPIE’s Engineering, Science and Technology Policy committee, said that the deal would provide much-needed stability for participating companies in the optics field:

“SBIR-initiated projects create photonics jobs and products for applications ranging from defense and security to biomedical diagnostics,” he said, while SPIE’s CEO Eugene Arthurs added: “We are delighted that this important part of the job-creating science-to-market chain has been firmly reinstated and even improved.”

Highly effective
Seen as a highly effective funding mechanism for early-stage technology companies, versions of the SBIR program have been imitated around the world. For example, the European Commission’s new ‘Horizon 2020’ innovation proposal includes plans to introduce a dedicated funding model for small and medium-sized enterprises (SMEs) based on SBIR, while the UK government’s new innovation strategy will adopt a similar mechanism.

The duration of the six-year reauthorization appears to be a straightforward compromise between original Senate proposals for an eight-year deal and the House preference for a five-year agreement. Both parties had been prepared to allow for greater participation from companies backed by private equity, although the compromise favors the Senate proposal to limit venture capital participation to 25% for SBIR funds from the National Institute of Health, the Department of Energy and the National Science Foundation. For other federal agencies, the limit will be 15%. The House version had sought limits of 45% and 35% respectively.

One key difference that participants will notice is the size of the Phase I and Phase II awards, which have not changed since 1982. Phase I awards will rise from $100,000 to $150,000, while Phase II will increase from $750,000 to $1 million. The new legislation will also see the introduction of performance-based standards at the Phase III stage, to encourage commercialization, as well as a “commercialization readiness program”.

Knocking heads together
After a long-running stalemate between the House and Senate committees on the terms of the reauthorization, the SBIR Gateway web site reports that it was Democrat Senator Mary Landrieu, chair of the Senate Committee on Small Business and Entrepreneurship, who turned out to provide the much-needed push for re-authorization. Republican and former presidential candidate John McCain is also noted for enabling the SBIR legislation to be attached to the NDAA bill.

But their efforts may have come to nothing without the support of Democrat Congresswoman Niki Tsongas in the House, who SBIR Gateway recognizes as having knocked the relevant heads together to ensure that the House Small Business Committee largely adopted the Senate’s plans – against the wishes of some of the more senior members of that committee.

Landrieu said of the SBIR agreement finally reached: “The nation’s innovators will have more access to federal research dollars, and the process by which they get the funding will be more efficient because we cut down the time for final decisions and disbursements.”