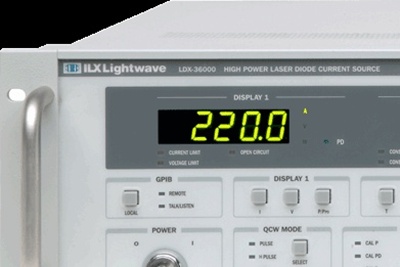 Following its acquisitions of Ophir Optronics and High Q Technologies, Newport Corporation is set to continue its consolidatory moves with the buy-out of ILX Lightwave, the photonics instrumentation and test and measurement firm based in Bozeman, Montana.

The $9.3 million cash deal is expected to close within a month, with the precise amount paid for the company subject to a final calculation of ILX Lightwave’s net assets at closing. Newport says that the company is set to make a profit on its expected 2011 sales of $8 million.

Newport CEO Robert Phillippy said in a statement announcing the deal: “The addition of ILX, together with our recent acquisition of Ophir Optronics, will further enhance Newport's position as the industry's leading provider of photonics instrumentation and measurement equipment. With our expanded portfolio of products and technology, we will offer our customers solutions to the most demanding applications in both the scientific and industrial markets.”

ILX sells a wide range of photonics-related instrumentation, from diode drivers and temperature controllers to fiber-optic sources and power meters, meaning that there is a certain amount of overlap with the Newport-owned Ophir Optronics product offering.

ILX was founded in 1986, with a business based initially around its groundbreaking precision laser diode current source, and has worked closely with Montana State University through a collaborative research program. The company has also worked with researchers at the NSF-funded Center for Mid-IR Technologies for Health and the Environment (MIRTHE) in Princeton University, which is developing optical gas sensors based on quantum cascade lasers.

Balancing the portfolio
Newport’s recent spree is part of a corporate strategy to grow the business through both organic expansion and merger and acquisition activity. The company has enjoyed several quarters of strong growth recently, although that has been largely the result of a buoyant microelectronics industry, a sector that accounts for up to one-third of Newport’s revenues, through 2010 and early 2011.

In moves designed to make the company less susceptible to strong swings in demand from the microelectronics industry – which is now in a slump - Phillippy and colleagues have targeted acquisitions that provide Newport with a more balanced portfolio. Together with the incorporation of Ophir Optronics and High Q, ILX Lightwave adds to the firm’s activity in industrial, medical and defense markets. Newport’s goal is to increase its annual revenues to $750 million by 2013, and the ILX deal will provide additional momentum to that end.

Newport is partly financing its expansion with a new five-year, $185 million loan and the availability of a new $65 million revolving credit line that were agreed in November. The arrangement has been designed to enable repayment of subordinated convertible notes due February 2012. In early December, Newport said that it had retired $69.6 million of those notes early, with a $51 million principal amount still outstanding.

At the time of the early repayment, Newport's CFO Charles Cargile had hinted at subsequent acquisitions, saying: “We are pleased that we were able to retire a substantial portion of our convertible notes prior to their February 2012 maturity date. The net savings on interest expense is compelling and we reduced our total outstanding debt. We remain very confident in our ability to generate significant cash from operating activities and to capitalize on opportunities to effectively utilize our cash.”