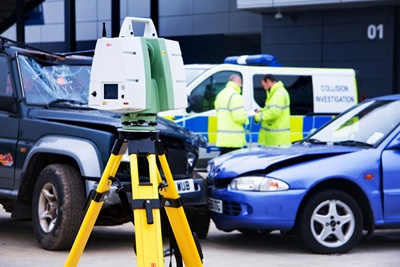 Motorists in England should see traffic jams caused by road closures following serious accidents eased in 2012, after the UK government provided £2.7 million towards the purchase of 37 new 3D laser scanners.

The scanners will be used to survey major crash sites much more quickly than individual investigators, meaning that roads can be cleared and re-opened sooner. Twenty-two police forces across England will invest in the technology, with the Thames Valley/Hampshire force procuring five of the scanners and most others procuring either one or two systems. The forces, which are part-funding the equipment purchases themselves, will receive their grants in January 2012, and the scanners are expected to appear on motorways and major roads shortly afterwards.

Trials in 2009 showed that laser scanners could reduce incident clear-up times by an average 39 minutes, and the investment is part of a wider strategy announced by the UK government in May 2011 aimed at ease congestion on its road networks. It claims that the congestion costs the UK economy around £1 billion every year.

Roads minister Mike Penning said of the funding: “Today’s award will see 3D laser scanners rolled out quickly where they are needed most.” According to figures from the UK Department for Transport (DfT), in 2010 there were 18,000 full or partial motorway closures – an average of nearly 50 every day – lasting a total of more than 20,000 hours. The move will also provide a standardized approach to surveying crash sites across the country.

Assistant Chief Constable Sean White, from the Association of Chief Police Officers, added: “Police forces acquiring this equipment will be in a better position to manage such critical events in a more efficient way and present the most accurate and detailed evidence from the laser scanning devices to criminal, civil and coroners’ courts.”

“The equipment will be deployed day and night across England and will make a real difference to improving the capability of collision investigators, reducing delays for all road users and re-opening motorways and other strategic roads at the earliest opportunity.” 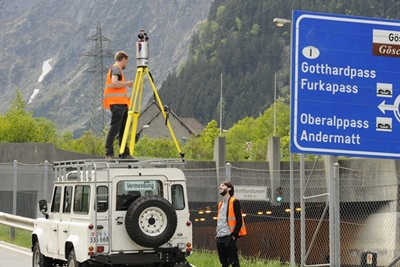 Swiss and Austrian technology
During the 2009 trials, the Metropolitan and Humberside police forces used scanners from Austria-based RIEGL and the Swiss company Leica Geosystems.

Those scanners use different optical components to provide a rapid survey of a crash scene. For example, the Riegl VZ-400 system uses a narrow-beam infrared laser and a mirror scanning mechanism, while Leica’s ScanStation C10 scanner incorporates a proprietary pulsed microchip laser emitting in the green at 532 nm, in conjunction with a spinning mirror. The systems also feature integrated GPS and digital compasses to provide detailed information about the incidents in rapid fashion.

The scanner systems are used in a wide variety of other applications, for example in civil engineering surveys and to provide digital records of important heritage or environmental sites. Last year, Leica's ScanStation C10 was used to record the iconic Mount Rushmore site in South Dakota, US.