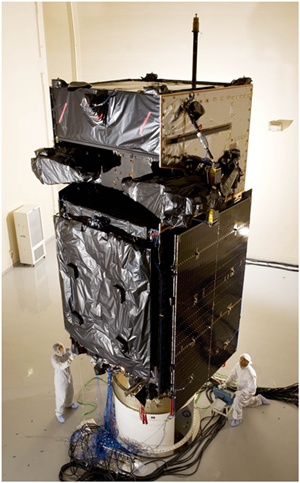 Lockheed Martin has been given the go-ahead to build the fourth geosynchronous (GEO-4) satellite that will form a key part of the US Air Force’s Space-Based Infrared Systems (SBIRS) program.

SBIRS is a multi-billion-dollar program to update missile defense capabilities in the US, and represents one of the highest-priority space systems projects currently in progress. The system, designed to warn quickly of missile launches anywhere in the world, is to take over from the long-standing Defense Support Program (DSP), which comprises a number of geosynchronous satellites and uses short-wave infrared (SWIR) technology.

One of the major improvements that SBIRS will offer is the capability for mid-infrared sensing and so-called “see-to-the-ground” frequency bands, combined with higher sensitivity and better sensor flexibility.

The spacecraft will feature both scanning and staring sensor elements, with optical components including mirrors and telescopes used to rapidly point the sensors in the desired direction to pick up any tell-tale signs of missile activity. Optics companies involved with SBIRS include Epner Technology, which specializes in gold plating to provide the highest-quality infrared-reflectors.

The latest contract development comprises an award worth almost $425 million for Lockheed’s Space Systems subsidiary, of which $75 million has already been obligated by the Infrared Space Systems Directorate.

Spring launch planned
SBIRS will use a number of satellites in both highly elliptical (HEO) and geosynchronous orbits to provide infrared imagery. The HEO payloads have already been launched, while as recently as last month Lockheed revealed that it had completed final system tests on the first of the four GEO satellites that it is now contracted to produce. The GEO-1 satellite is expected to be launched on board a rocket from Cape Canaveral this April. 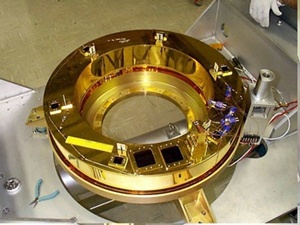 The optics on board the HEO satellites will operate in a slightly different fashion to those in geosynchronous orbit, with a gimbal used to slew the entire telescope. Unprocessed data from both types of satellite will be sent back to Earth, so that the infrared images obtained will be available on the ground. Relay stations across the globe will then forward the data to a mission control station at Buckley Air Force Base in Colorado.

Like many complex defense and aerospace projects, SBIRS is late and costs have spiralled significantly beyond its original budget. As a result, in 2006 the US Air Force began a similar project known as the Alternative Infrared Satellite System (AIRSS) as a back-up effort, although AIRSS is now believed to have been shelved as SBIRS has progressed towards operation.