Photonics West attendees are invited to help shape the future direction of photonics through a new version of the seminal Harnessing Light report. 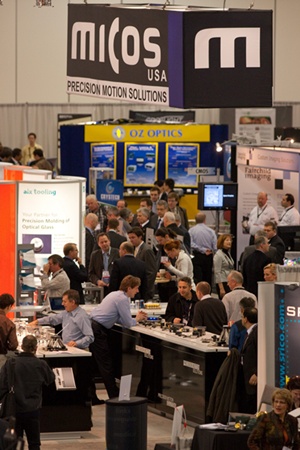 Photonics West attendees are being invited to a new open forum that is aiming to strengthen the photonics industry by helping to shape an update to the Harnessing Light report by the US National Research Council.

That report, which was published in 1998, has been acknowledged as a key document behind the progress made by photonic science and technology over the past decade. But with the widespread changes that have been witnessed since then, the NRC now wants to produce a new report that addresses the economic role of photonics, in particular relation to US competitiveness and innovation.

The opportunity for those in the industry to contribute to that discussion will come in the form of the 45-minute “Future of Photonics” forum, being held on January 27 at the Moscone Center, as part of the keynote industry event. The forum will be moderated by Erik Svedberg, a senior program officer at the US National Academies, and Eugene Arthurs, chief executive of SPIE, which organizes the Photonics West event.

Acknowledging the wealth of development since 1998 – the intervening decade has witnessed the emergence of both the photovoltaic and solid-state lighting industries from virtually a standing start, for example – Svedberg believes that the time has now come to revisit technology and policy issues impacting photonics.

“The study committee will need to consider the infusion of photonics-related technologies into mass-market applications, and how to economically and appropriately harness the necessary multi-functional manufacturing capabilities,” said Svedberg.

“[It] can also identify national strengths and weaknesses in relation to current and future needs including economic impact, workforce needs, and future research directions,” he added. “It would consider the technology areas where optics is an enabler that can dramatically impact the economy of the country.”

NRC white paper
The NRC’s own white paper on the topic echoes the thinking that a second Harnessing Light report would focus on the impact that optics and photonics can have on the US economy – especially since its 2007 report Controlling the Quantum World: Atomic, The Science of Atoms, Molecules and Photonics covers much in the area of basic optical science.

“Optical science and engineering has advanced over the past decade to a point where a revisiting of the scientific and policy issues would be timely,” states that white paper. “A new report would address the role [that] photonics plays in national competitiveness and innovation.” 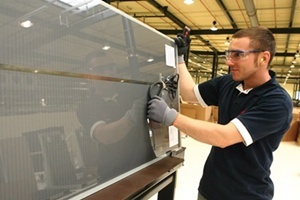 The initial Harnessing Light report stimulated a number of similar international reports, initially in Germany and culminating in the Photonics21 report Towards a Bright Future for Europe in 2006. Photonics21 now comprises more than 1600 members across Europe, with a heavy industrial participation. And just last year saw Korea, a hot-bed of optoelectronics device production (and of displays and high-brightness LEDs in particular), release its own Photonics 2010 report.

The NRC white paper estimates that only 15% of global photonics production now occurs in North America – a figure that will be skewed by the migration to Taiwan, Korea and China of growth photonics industries such as solar cell and module production, as well as displays and optoelectronics component manufacturing.

But the NRC also highlights that important strategic technologies with huge economic leverage, in particular semiconductor lithography, have largely left US shores – the production of lithography steppers is now dominated by the Netherlands-based firm ASML, with Japan’s Canon and Nikon its only competitors.

Another major trend since the original Harnessing Light report was published has been the dismantling of major industrial research laboratories such as Bell Labs, Kodak, IBM, Hughes Research Labs and Rockwell.

Key Enabling Technology
“Many countries have recognized the importance of optics and photonics and are moving forward,” states the NRC, perhaps with reference to the European Union’s official positioning of photonics as one of just a handful of so-called “Key Enabling Technologies”, or KETs. “The US cannot afford to fall behind.”

The response will kick off with a committee of the National Academies that will have the job of identifying technological opportunities arising from recent advances in optical science and engineering; of assessing the current state of photonics engineering in both the US and internationally; of prioritizing grand challenges for research; and recommending actions to attain global leadership in photonics-driven industries.

“It is proposed that the focus of this study should be on identifying the engineering and manufacturing technology challenges that need to be addressed to translate the compelling progress in fundamental science into a competitive manufacturing advantage in the US,” it concluded.

Acknowledging the usefulness of the Harnessing Light report for both academic and commercial activity over the past decade, SPIE’s Eugene Arthurs added that an update would be produced amid the backdrop of a strengthening global photonics industry: 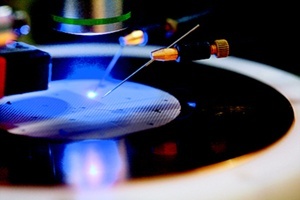 “Irrespective of the economic conditions, optical science and engineering is headed towards another strong growth period,” predicted the CEO, citing developments in solid-state lighting, solar energy, sensors, imaging, medicine and displays among those that would have a major economic impact.

The finished study would then be used to inform industry plans and government policy by providing a community view of the future directions of both photonics technology and market trends.

The Future of Photonics forum at Photonics West is free of charge, but attendees must obtain entry badges at the event registration desk. For more information, visit the Photonics West conference program.