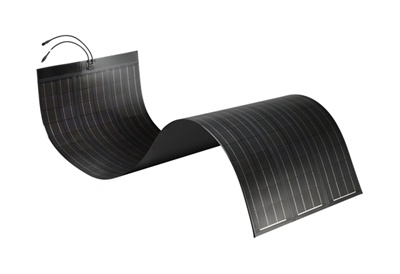 SoloPower, the US developer of flexible photovoltaics based on copper indium gallium diselenide (CIGS) materials, is to construct its first volume manufacturing site in Wilsonville, Oregon.

The first step will be to build a 75 MW capacity production line, with the expected creation of 170 jobs. That is expected to be completed by the end of 2011, while a subsequent expansion to four production lines with a total capacity 300 MW is anticipated, following a $340 million total investment.

The announcement follows a series of cash-generating moves by the San Jose company. According to a January 5th filing with the US Securities & Exchange Commission (SEC), SoloPower has just raised $51.6 million in equity finance, while the firm has also applied for a $20 million tax credit from the State of Oregon. Another $20 million loan has been recommended for approval to the Oregon Department of Energy. That finance will provide sufficient capital to complete the initial 75 MW production line.

SoloPower CEO Tim Harris cited Oregon’s business-friendly environment and highly skilled work force as two key reasons behind the decision, which he said was an easy one. “Over the past year, SoloPower has considered several alternative sites,” he added. “Oregon is an exceptional location for our long-term growth.”

Electrochemical process
The company is vying with rival Ascent Solar to become a dominant player in flexible CIGS. But whereas Ascent uses a laser patterning technique to create interconnected photovoltaic cells on top of a flexible plastic substrate, SoloPower’s approach is based on electrochemical processing.

SoloPower claims that its electroplating method provides near total materials utilization, in conjunction with a low-cost, roll-to-roll process requiring only low-cost equipment when compared with some vacuum-based methods for depositing CIGS films. The company released its latest commercial module, called the SFX3, in December 2010, claiming a peak output power of 260 W and independently measured aperture efficiencies of up to 12.1%.

But the key advantages of the flexible panels is their lightweight and flexible nature – the SFX3 module weighs only 6.8 kg, while the company’s earlier SFX1 module weighs just 2.3 kg and delivers up to  85 W. SoloPower currently produces those modules at its small-scale (<10 MW capacity) production facility in San Jose, but recent IEC certification for the SFX1 products has allowed the company to sell into Europe as well as North America, and could prompt a significant increase in demand.

In a recent report by analysts at Lux Research, both Ascent and SoloPower were identified as potential winners in the overpopulated CIGS solar sector. Ascent has also raised cash recently, through a $20.25 million public offering of stock in November aimed at raising funds to kit out a new 30 MW fab.

Assuming that SoloPower’s expansion goes ahead according to its plans, the completed 300 MW facility will provide not only a huge boost to its manufacturing capacity, but approximately 500 jobs in the local area.