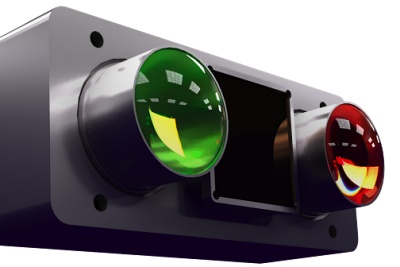 Opsys Tech, one of several startups developing automotive lidar technology out of Israel, says it has raised an additional $36.5 million in its latest venture funding round.

The additional cash, which brought total series C funding to $51.5 million, will be used to ramp production of commercial devices built around its solid-state platform.

A recent update to the Hasco collaboration is expected to see the Chinese firm manufacture the Opsys lidar units domestically, with mass production slated to start in 2024.

VCSEL array
Taking part in Opsys’ latest round of financing round were the likes of 83North, Osage University Partners, Translink Capital, and Saban Ventures.

The firm claims to have developed a lidar sensor that is uniquely capable of high performance and reliability coupled with low cost that is able to meet all user requirements and requires no moving parts.

Opsys also claims a detection range of 300 meters at 10 per cent object reflectivity with its sensors, which are based around an array of vertical-cavity surface-emitting lasers (VCSELs) operating at 850-980 nm and single-photon avalanche diode (SPAD) detectors.

Gertel, the former CEO of major VCSEL manufacturer Finisar (now part of the giant Coherent photonics company), co-founded the startup and is now its executive chairman.

Commenting on the latest funding round, he said: “We are gratified by the validation of our unique technology and our demonstrated commercialization progress.

“Customer feedback on the best-in-class overall performance of our sensor has been incredible and our customer engagement levels have never been higher.

“Based on customer feedback, we believe we have developed the only lidar sensor available on the market that can meet all customer requirements at all times to enable a complete automotive lidar solution.”

Mass production in Asia
Gertel believes that the solid-state sensor is capable of meeting all automotive reliability requirements and performance specifications required for every level of advanced driver assistance systems (ADAS) and autonomy, adding:

“With the closing of this financing round, we can complete the full production ramp of our True Solid-State Scanning lidar product line, and we are looking forward to supplying our customers with production quantities of our lidar sensors.”

Opsys is also exhibiting at this week’s CES 2023 in Las Vegas - now a key event for automotive lidar companies - and used the occasion to announce the update to its agreement with Hasco.

Company CEO Rafi Harel, who was the general manager of Finisar Israel for several years, said of that deal:

“This major milestone…marks our entrance into the market for mass production quantities of automotive lidar systems in Asia.

“The use of Opsys lidar technology will increase the safety of vehicles on the road while enabling the evolution of autonomous functionality at all levels, including L5.”