Running 5-8 January in Las Vegas, the Consumer Electronics Show (CES 2023) is, as usual, hosting a broad range of innovations in optics and photonics. Here are three developments that have caught our eye so far: 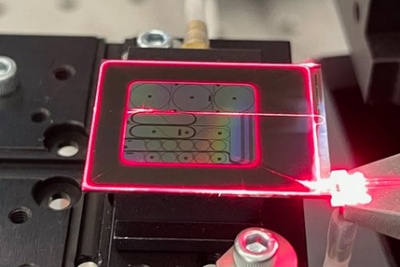 Also said to be the “world's smallest optical gyroscope for reliable and accurate navigation and positioning for autonomous applications”, the technology is based around a patented photonic integrated circuit (PIC) design.

"We are very excited and proud of this technological breakthrough at Anello. With the SIPHOG integrated into a range of Inertial Navigation Systems (INS) and solutions, customers now get access to a more stable, accurate and robust sensor for their autonomous applications.

“Customers in the autonomy space can rely on Anello to deliver cutting-edge, high-performance solutions using integrated photonics that previously was only available in very complex and expensive fiber gyroscopes.”

Russell Ellwanger, the CEO of key foundry partner Tower Semiconductor, added: “Silicon photonics is of strategic importance for Tower. This is a prodigious technology with a substantial value proposition and having vast applications for the industry.”

Ultra-low-loss
According to Anello, whose Italian name translates as “ring” in English, the SIPHOG’s operating principle is the same as a classical interferometric fiber-optic gyroscope (FOG).

However, an “ultra-low-loss-on-chip” waveguide manufacturing process developed by Anello effectively replaces the fiber element in a FOG with its patented waveguide PIC, which Tower produces. The technology is covered in this presentation from last year's SPIE Defense + Commercial Sensing conference.

In a recent article for “Inside GNSS” magazine, Anello’s CTO Mike Horton wrote that typical FOG and ring laser gyroscope units cost $15,000, while consuming 8 W of power, and taking up a relatively large volume of space. And because a large lump of solid glass is used to make them, they are also heavy.

While small and low-cost MEMS-based alternatives exist, these are unsuitable for many precision applications, because they are only stable for a relatively short time.

Anello, which reportedly raised $28 million in a series A round of funding in 2021, says that its PIC-based approach offers the best of both worlds. It sees potential applications for the technology in autonomous cars and trucks, as well as construction, UAVs, precision motion tracking in AR/VR, and in military scenarios for protection from jamming and spoofing of GPS services.

Windshield lidar ‘coming to market’
Automotive lidar has become a regular theme at CES over the past few years, and the latest event will be no exception, with dozens of lidar firms showing off new products. Among them is Israel’s Opsys Tech, which has developed a windshield-integrated device with Belgium’s Wideye, a subsidiary of glass manufacturer AGC.

The two firms will demonstrate their prototype in Las Vegas, claiming “seamless” sensor integration behind a fully compliant windshield.

“This project underscores how well our lidar sensors can work in multiple parts of the vehicle,” said Opsys Tech CEO Rafi Harel. “Our system is extremely adaptable. It will give auto companies the flexibility they need to make lidar part of their future safety and ADAS (advanced driver assistance system) solutions.”

Wideye’s soda-lime glass is said to be both transparent through to near-infrared wavelengths, and to offer the kind of high optical quality demanded by reliable lidar and camera sensors.

“[This] enables sensor performance on par with exterior integrated solutions, such as those found on the edge of the roof or the front grille,” claims the firm.

Wideye CEO Quentin Fraselle said that the collaboration will show that a solution with high-performance sensors covering a 120-degree horizontal field of view is achievable. The firms plan to bring a product to market later this year. 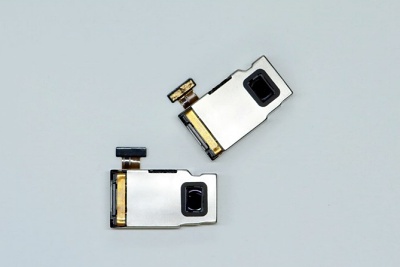 ‘Telephoto’ smart phone camera zoom
Korean electronics giant LG Innotek will reveal its new optical “telephoto” zoom lens for smart phones at this year’s CES. According to the firm, it is the first such device to offer a genuine optical zoom by moving a lens - until now all smart phone camera zooms have operated digitally, simply magnifying an image.

“[The] optical telephoto zoom camera module is a micro-component developed for the smart phone by integrating the telescopic camera functions that were mostly applied to the professional cameras such as DSLR or mirrorless cameras,” stated the technology giant.

“It is mounted on the rear side of the smart phone to enable the image and video to be taken without image quality degradation even when zooming from long distance.”

The device is said to offer smooth zooming to magnifications between 4x and 9x in a single module, something that has not been possible previously - instead, multiple modules have been required.

The company says that a zoom actuator is the key component, offering fast, precise movement and durability together with low battery consumption. An optical image stabilizer reduces blurring at high magnifications.

The camera module’s thickness has also been minimized to remove the camera “bump”, with a new lens design and module structure enabling the longer focal distance between the lens and sensor required for zooming. Software development for the zoom function is under way with Qualcomm.