Prototype device based on fiber Bragg gratings to be tested this summer by Queen’s University Belfast researchers. 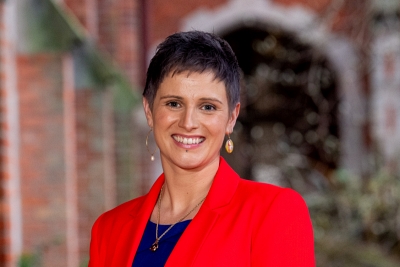 A prototype optical sensor thought to be capable of providing an early warning if a bridge is at risk of scour - the number one cause of bridge collapse globally - has been developed by a Queen’s University Belfast (QUB) researcher.

Scour is a specific form of erosion seen in riverbeds and banks, caused by the removal of material by the flow of water - and is capable of causing major bridge structural failure problems.

QUB researcher Myra Lydon has been working on a sensor since last year to tackle the problem, and has now developed an initial prototype using fiber Bragg grating (FBG) technology, developed in partnership with Netherlands-based FBG sensor specialist Somni Solutions.

Test bridge identified
With initial tests now complete, Lydon hopes that the device will be deployed on a bridge in Northern Ireland this summer, with a wider roll out anticipated if that is successful.

The precise nature of the technology is being kept under wraps while a patent describing it is filed, but Lydon said that the initial trials confirmed that the proposed operating principle will work on site.

A bridge site with a history of scour erosion but no remedial works has also now been selected, in the hope that a scour event will be captured during the test period.

Discussing the significance of the new sensor at a recent QUB event, Lydon illustrated the significance of scour erosion, saying: “In 2019 it was estimated that within the UK an average of 8.2 million passenger journeys are lost annually due to the risk of bridge scour, with an associated economic cost of £60 million.

“In 2009, we witnessed catastrophic bridge failure in Malahide, County Dublin, where scour failure occurred suddenly. With scour, there is often no prior visible sign of distress to structure.

“In Malahide, the bridge was inspected just weeks prior to its collapse and had passed inspection but then failed seconds after a full passenger train crossed. Thankfully it narrowly avoided the catastrophe."

According to the subsequent investigation by Ireland’s Railway Accident Investigation Unit, the Malahide bridge failure was caused by scour erosion undermining one of the piers supporting the bridge, with a small breach enlarging as water pressure around it increased, resulting in the pier being swept away. 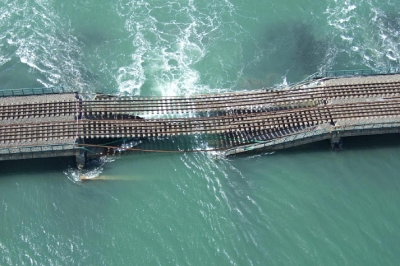 Early warning
“It is vital that we protect our bridges and are able to detect scour before incidents like this take place,” Lydon said, adding that the prototype FBG sensor was able to detect changes in the riverbed prior to the damage occurring on the bridge.

“This can provide an early warning, which undoubtedly is safer and helps to prevent widespread bridge failures when we are faced with extreme climate events, such as flooding.”

With the initial laboratory and field trials completed and a test bridge now identified, the new FBG sensor will be installed along with other structural health monitoring equipment.

The project has been funded by UK Research and Innovation’s Impact Acceleration Accounts (IAA), with additional funding from Invest NI for market exploration.