LASER 2022: World of Quantum to be continued at next Laser expo 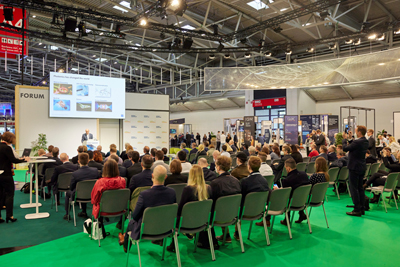 Dr. Peter Leibinger, CTO at Trumpf, gave the keynote at World of Quantum 2022.

The first World of Quantum, an event that provided the international quantum community with its very own platform for the first time, was held on the Messe München fairgrounds as part of this year’s Laser World of Photonics, in April.

The premiere received such a good reception that the organizers are planning to continue the event in 2023. Next year, this unique event will also be held in conjunction with the World of Photonics Congress, a separate gathering that will also delve deeply into the topic of quantum technology.

“We are really happy about the great reception that the World of QUANTUM received from trade fair visitors,” commented Dr. Reinhard Pfeiffer, the Deputy CEO of Messe München.

“In deciding to organize this event, we acted in much the same way that we did in 1973 when we developed the LASER World of PHOTONICS and organized an event for a technology whose future is, at the very least, just as bright.”

Quantum technology is based largely on photonics because many quantum solutions grow out of it. “The concept of the World of QUANTUM paid off for everybody,” said Exhibitor Director Anke Odouli.

“The industry welcomed the new platform with open arms. The event was designed in particular with networking in mind and provided guests with lots of time to talk about technology, make contacts and learn about the very latest developments in quantum research.” 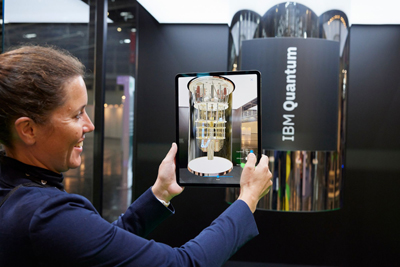 IBM Quantum presented its quantum computer at World of Quantum in April.

Concept for the future

The World of QUANTUM is the world’s largest platform where the scientific community, industry and users can come together and explore quantum technology, learn about the latest research findings and present the first application examples of the promising future technology.

Michael Förtsch, the CEO of the exhibitor Q.ANT, said, “The concept of the World of Quantum offered the perfect format for the state of quantum technology today: a mix of companies, start-ups, forums, poster sessions and networking, all linked to the LASER World of PHOTONICS. The right contact partners came together here. It served as the ideal platform for presentations of our innovative products based on quantum technology and for discussions with potential customers about fields of application.”

The hall layout provided exhibitors, who ranged from global players to research associations and start-ups, with a range of different formats that they could use to present their innovations. The event also included a program of presentations in which experts explored the broad spectrum of quantum-technology applications.

As part of the event, teams of talented young researchers were able to try out quantum-computer programming during the Qiskit Hackathon, organized in cooperation with IBM Quantum and the German Federal Ministry of Education and Research.

In 2023, the World of Photonics Congress will be held in conjunction with the World of Quantum and serve as a platform for wide-ranging discussions: The largest conference, the CLEO/Europe-EQEC, will organize its own series of events, the European Quantum Electronics Conferences. These conferences will provide experts with an opportunity to delve into fundamental quantum-technology research.