University of Würzburg devices could be used in transport, sensing or biotechnology. 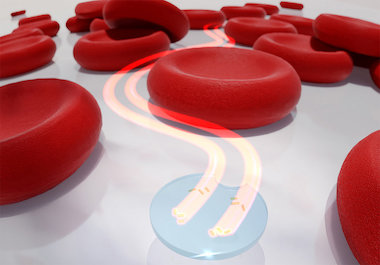 Micromachines controlled and directed by light are an attractive prospect for multiple applications, but achieving adequate control in multiple directions and full degrees of freedom is challenging.

A project at the University of Würzburg has now shown for the first time a means to efficiently propel micron-sized objects in an aqueous environment with light, and also control them precisely on a surface with all three degrees of freedom - two translational plus one rotational.

"Until now, using light to control object motion in two or three dimensions in all three or six degrees of freedom has remained an unsolved challenge," commented the team in its Nature Nanotechnology paper.

"We demonstrate light-driven microdrones in an aqueous environment that can be manoeuvred in two dimensions in all three independent degrees of freedom, using two overlapping unfocused light fields of 830 and 980 nanometers wavelength."

The Würzburg designers were inspired by ordinary quadcopter drones, where four independent rotors allow complete control of the movements. That level of control would offer completely new options for the usually extremely difficult handling of nano- and micro-objects, in for example the assembly of nanostructures, the analysis of surfaces with nanometer precision, or in the field of reproductive medicine.

Translating this principle into reality involved the assembly of plasmonic nanoantennas on the structure, each able to resonantly scatter the circular polarization components of the driving light into well-defined directions. If designed appropriately, the directed scatter of each nanoantenna can act as motive force in a particular direction for the entire device.

The Würzburg team constructed microdrones consisting of a transparent polymer disc measuring 2.5 microns in diameter, with up to four independently addressable nanomotors made of gold then embedded in this disc.

"Microdrones are maneuvered by only adjusting the optical power for each motor, ie. the power of each circular polarization component of each wavelength," noted the project team. "The actuation concept is therefore similar to that of macroscopic multirotor drones."

To design the nanoantennas themselves, the team built on previous Würzburg research into metallic structures specifically optimized for receiving circularly polarized light, seeking a design that allowed the motors to receive the light regardless of the orientation of the drone.

"The received light energy is emitted by the motor in a specific direction to generate optical recoil force, which depends on the sense of rotation of the polarization - clockwise or counterclockwise - and on either of two different wavelengths of light," noted Xiaofei Wu of the Würzburg team.

Manufacturing the microdrones involved using accelerated helium ions to cut nanostructures from monocrystalline gold - an industrial technique termed "a game changer" by the project - and the production of the drone body itself using electron beam lithography.

In trials, the resulting machines could be successfully steered manually along complex paths. Since all degrees of freedom can be addressed independently and directly, feedback control loops may be used to counteract Brownian motion and keep the vehicles on track, according to the project.

The next steps will see a feedback loop implemented to automatically correct external influences on the microdrones, to control them more precisely, along with further control options so that the height of the drones above the surface can also be controlled. Another goal is to attach functional tools to the microdrones, a key step for technology potentially able to navigate within the human blood stream.