Lidar firms burn through cash in race to commercialization 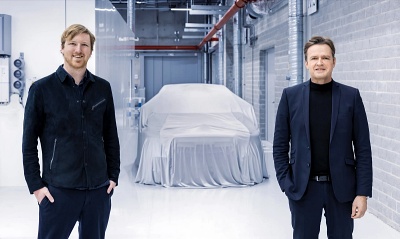 Several of the lidar companies recently listed on the stock market in the US have reported their financial results for 2021, revealing the rates at which they are burning through cash.

Meanwhile Velodyne, the oldest of those companies - and the first to complete its listing via a special purpose acquisitions company (SPAC) agreement in mid-2020 - confirmed a 35 per cent fall in annual sales to $61.9 million in 2021.

Velodyne
For the closing quarter of 2021, Velodyne’s revenues of $17.5 million were down only slightly on the equivalent period of 2020, but the San Jose firm also burned through $30 million in cash.

CEO Ted Tewksbury, who was appointed in November 2021 following a period of boardroom wrangling, pointed to record shipments of nearly 5000 sensors in the latest quarter as early evidence of a turnaround in fortunes.

“Lidar is going to transform virtually every industry as we know it, creating a safer, more efficient, and sustainable world,” he said. “Velodyne Lidar is well positioned to capitalize on this opportunity.”

Unlike many of its rivals, who are wholly focused on automotive applications, Velodyne is also targeting deployments in industrial automation and robotics, where Tewksbury anticipates the “first wave” of lidar commercialization.

“By supplying high-performance lidar at scale into these early autonomous markets, Velodyne expects to expand our technologies and further our leadership in low-cost, high-quality, volume manufacturing,” the CEO added.

“This will enhance our advantage in the second wave of lidar growth - autonomous vehicles and ADAS.”

Speaking during an investor conference call discussing the latest results, Tewksbury also said that around 30 per cent of current sales were destined for automotive applications.

Looking ahead, the Velodyne executive team predicted that sales in the opening quarter of 2022 would be somewhere between $10 million and $12 million.

Luminar
Reporting on the same day as Velodyne, Luminar Technologies CEO Austin Russell described his firm’s first full year as a public company as a “blowout success”, with all critical milestones met.

“2022 will be our biggest year yet as we prepare for our breakthrough series production launch at year-end,” he added.

In terms of sales revenues, Luminar posted $12.3 million for the closing quarter of 2021, and $31.9 million for the full year respectively - both figures rising sharply on the 2020 totals, with Volvo and Mercedes-Benz owner Daimler representing the firm’s top two customers.

And despite its operating activities using up nearly $150 million in cash during 2021 - double the amount in 2020 - Luminar’s successful SPAC listing means that it still has nearly $800 million in liquid assets on its balance sheet.

Looking ahead, Russell and his colleagues are expecting sales to top $40 million in 2022, while by the end of the year the company also aims to ready its “Iris” lidar product and core software for series production.

Speaking with investors, Russell said that 2021 saw Luminar partner with key supply chain manufacturing and vehicle integration partners including Celestica and Fabrinet, as well as ink a deal with automotive giant Mercedes-Benz.

“One special aspect of this deal also relates to data,” highlighted the CEO. “We will be able to access the data from both the development vehicles as well as the production vehicles for continuous improvement and updates, such that our technology will only get better and better over time. That's hugely significant.”

Aeva
Aeva, located close to Velodyne in Silicon Valley, said its 2021 revenues almost doubled on the 2020 figure, reaching $9.3 million. Reporting a few days before its neighbor, it gobbled up just over $80 million of its cash reserves - although, like Luminar, Aeva still has plenty of liquid assets on its balance sheet.

CEO and co-founder Soroush Salehian said: “Aeva delivered on all of our objectives in 2021 - from product and commercial to financial - enabling us to accelerate our path to commercialization.”

The company, which is one of only a few lidar firms to have developed frequency modulated continuous wave (FMCW) lidar technology, has just released its “Aeries II” product, claiming it to be “the world’s first commercially available 4D lidar that offers automotive grade reliability”.

It is also targeting industrial automation in a metrology-focused collaboration with Japanese technology giant Nikon, and, like Luminar, has aligned with Fabrinet as a manufacturing partner.

Deliveries to customers are expected to begin by the middle of this year, with deployments for future applications in trucks starting in late 2022.

“We are encouraged by the growing interest for Aeva’s FMCW approach, and we expect to build on our commercial momentum as additional customers begin testing and development with Aeries II,” said the CEO.

Aurora and Ouster
Reporting their results in mid-February, Aurora and Ouster followed the same pattern, with Aurora - which is developing a full autonomous driving system based around its internal FMCW lidar - posting an annual operating loss of $731 million on “collaboration revenues” of $83 million.

However, the company raised a colossal $1.8 billion on completing its SPAC listing in November, with its balance sheet showing $1.6 billion in cash and equivalent liquid assets as of December 31.

Aurora has also signed a deal with trucking firm US Express, which joins Volvo and PACCAR as one of its key collaborators.

Finally Ouster, which completed its SPAC almost exactly a year ago, and has since acquired Sense Photonics, reported $33.6 million in annual sales revenues for 2021, accompanied by a cash burn of $70.6 million.

The San Francisco company’s CEO Angus Pacala described the past year as a “turning point”, and predicted that sales will rise to between $65 million and $85 million in 2022.