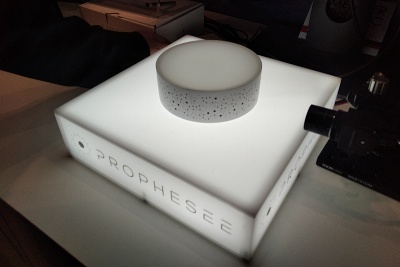 Prophesee, the France-based company whose “event-based” approach to machine vision mimics the way that humans and animals see, has revealed details of several products from partners who are adopting the technology.

Winner of the VISION Award in 2021 for its “neuromorphic” technology, Prophesee says it has partnered with industry players in the form of CIS Corporation, MVTec, Datalogic, Framos, Lucid Vision Labs, and Century Arks.

Headquartered in Paris, Prophesee now has local offices in Grenoble, Shanghai, Tokyo, and Silicon Valley. The company first appeared at the Stuttgart VISION trade fair back in 2016 with the name "Chronocam", and has since partnered with Sony to launch its own “Metavision” sensor, while establishing partnerships across the machine vision sector.

Rather than capturing a relentless sequence of images of an entire visual scene, the event-based approach looks only for the elements that change within that scene - something that dramatically reduces computation requirements, while allowing high-speed acquisition and dynamic range.

As such, it is much more akin to animal and human vision, where neural systems have evolved to respond to sudden changes within the field of view, and to ignore an unchanging scene.

Just last month the firm raised €50 million in a series C venture round including support from Chinese consumer technology giant Xiaomi. Previous rounds have featured the likes of Intel, Renault, and Bosch.

Structured light
Co-founder and CEO Luca Verre said of the new industrial partnerships: “We are very pleased to see the fast-growing ecosystem around event-based vision and the variety of applications this powerful approach to machine vision can be used for.

“This year we shine the spotlight on not just our innovations but the broad range of use cases being enabled by our partners around the world.”

The partnership with Japan’s CIS Corp is said to represent the industry’s first evaluation kit for implementing 3D sensing based on point cloud generation with structured light using event-based vision.

The two firms said: “The solution leverages advanced VCSEL technology that can deliver unprecedented 3D point cloud generation in the kHz range, with a light burst emission period in the order of 100 µs as well as higher robustness to fast motion and lighting conditions compared to state-of-the-art techniques.”

“The ability to integrate VCSEL technology enhances the capabilities for 3D sensing significantly,” pointed out Verre. “By combining our respective areas of strengths we can help developers understand the advantages this brings, as well as provide them with a way to streamline the design and testing of application-optimized machine vision solutions.”

“Machine vision systems developed with this approach can dramatically improve the performance and operating capabilities needed in many ultra high-speed 3D measurements for Industry 4.0 applications.” 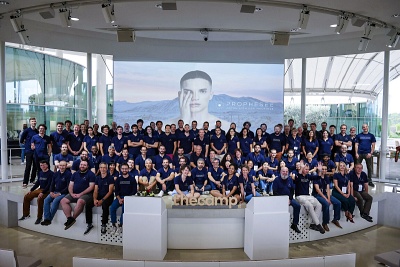 Aramco investment
Aside from CIS, Prophesee says that Datalogic, the Italian maker of barcode readers, is evaluating the technology for implementation in its products.

“Neuromorphic vision is a fascinating technology inspired by the behavior of the human biological system, exactly like neural networks,” said Datalogic CTO Michele Benedetti. “We believe that the combination of these technologies will provide innovative solutions to our customers’ needs.”

Meanwhile Framos is releasing its new “Event-Based Vision” development kit based on NVIDIA Jetson Xavier, featuring the IMX636 sensor that resulted from the collaboration between Sony and Prophesee. Century Arks has included the same sensor in its “SilkyEvCam HD” camera, due to launch commercially later this month.

In addition, Lucid Vision Labs is preparing the commercial availability of its new “Triton EVS”, which features Prophesee Metavision, while software-focused MVTec says its “HALCON” package is now compatible with Prophesee’s sensors.

Speaking during this year's VISION event, Verre told optics.org that the company’s development community now boasted more than 5000 members, and that the ongoing partnership with Sony would see the Japanese electronics giant ramp production of their jointly developed fourth-generation sensor.

While the focus in Stuttgart is on industrial deployments, Prophesee is also targeting consumer applications including smart phones. That will be aided by the size of its latest sensors, which have been shrunk from a 15 µm to a 4.8 µm pixel size, for computational imaging and better video performance in low-light conditions.

Verre said that he also sees growing interest from the augmented and virtual reality (AR/VR) sector, where the Prophesee technology will be able to offer very fast eye tracking.

Now employing more than 110 people, the company is reckoned to be the European Union’s best-funded fabless semiconductor startup, having raised €127 million overall.

“Prophesee and its unique team hit the criteria we are constantly searching for in startup companies with truly disruptive, life-changing technologies.”