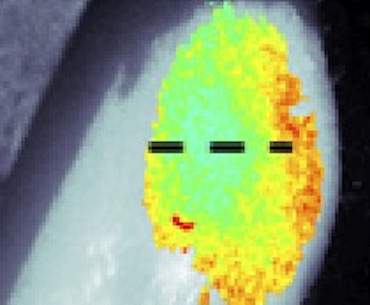 Determining precisely where malignant tissue finishes is a key challenge in the surgical removal of cancer tumors.

Several different photonics techniques have been applied to the task, including a version of photoacoustic imaging using ultraviolet wavelengths rather than the more usual infrared illumination.

Another approach involves a dual-mode imager combining near-infrared fluorescence and visible light reflectance to map the contours of the tissues of interest, a project involving Washington University in St. Louis (WUSTL) as a research partner.

A new project at WUSTL School of Medicine has now developed a dual wavelength near-IR technique that could further enhance the imaging of tumor margins, and provide quantitative depth information for surgeons.

Fluorescent markers are already used during tumor resection to indicate the location of cancer cells, but the equipment needed does not usually provide quantitative information about how deep within the tissue the cancer cells reside. That data would help surgeons to remove a full healthy layer of tissue around the tumor, an approach shown to provide the best possible outcomes for patients.

"The few commercial systems that do provide quantitative depth information are large and expensive, limiting use outside of large medical centers," said Christine O'Brien from WUSTL School of Medicine in St. Louis. "Our group built upon prior work in this field to develop a low-cost, simple system that can quickly determine the depth of tumor cells using near-IR fluorescent probes."

The project's approach exploits the way that different wavelengths travel different distances within biological tissue. If a fluorescent molecule that targets tumor tissues is also made capable of being excited by two wavelengths, then illumination with those wavelengths will trigger fluorescence at different depths, revealing how deeply the markers are located within the tissue.

"Multiple research groups have contributed to the development of mathematical relationships that link fluorophore depth to ratiometric fluorescence measurements," said O'Brien. "The surge of near-infrared contrast agents being developed for use in medicine encouraged us to build upon prior work and to create a system that works in the near-infrared and that is also low-cost and simple to use."

The team's device employed 730 and 780 nanometer LEDs as light sources and a monochrome CMOS camera to detect the resulting fluorescence, along with an additional 850 nanometer LED to create a bright-field image and allow fluorescence to be correlated with a real-world view of the tissue. The dual-activation fluorophore was one developed at WUSTL and currently undergoing clinical trials in breast cancer patients.

The technique was tested on phantoms and slices of chicken before being applied to breast tumors grown in mice. The results "showed high accuracy, with an average error of 0.36 millimeters in in vivo mouse tumor margin determination," according to the project's published paper. Capturing the images took 5 minutes.

"Systems like this could be used in the future to improve surgical outcomes of patients undergoing tumor removal," said O'Brien. "It would also prevent the need to wait for pathology results before confirming whether cancer cells are still present after tumor removal."