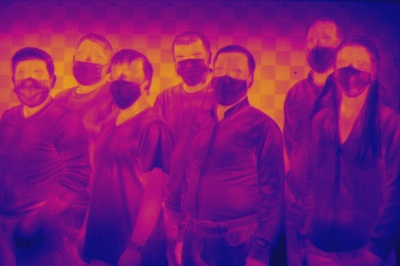 Led by State Farm Ventures, the round also featured participation from Excell Partners, Empire State Development, MHNW Consortium, and Dr. Sanjay Jha, (previously the CEO of both GlobalFoundries and Motorola Mobility) - as well as the Luminate NY Accelerator incubator for small photonics companies.

“The foundation of Owl's patented technology is an adaptation of a thermal ranging solution developed under a challenge grant from the US Air Force to track missiles in flight traveling at over 1000 mph,” explained Owl, pointing out that advanced driver assistance systems (ADAS) and autonomous vehicles both require redundancy and diversity, maximized across a 3D image map.

Owl CEO Chuck Gershman, who co-founded the company in 2018 with CTO Gene Petilli, added: “Of the 1.35 million people killed worldwide in car accidents every year, more than half were outside of the vehicle (i.e. pedestrians, cyclists, or motorcyclists).

“At Owl, we are all about safety, especially pedestrian safety. Owl's 3D thermal ranging solutions enable the identification of pedestrians, animals, and cyclists far sooner than any other system on the road today, and we do it day or night, and in foul weather. Simply stated, we save lives; we save lots of lives.”

Bad weather advantage
According to the company, which last year won $100,000 via the Luminate NY accelerator program and has set up an office in Rochester, its thermal imaging approach offers much-improved performance compared with lidar - particularly in bad weather.

Based around proprietary artificial intelligence and foveal optics, the Owl technology is said to extract dense range maps from radiated heat signatures without illumination - with a claimed 150-fold improvement on lidar in terms of resolution and cloud density.

“The current de-facto ADAS sensor suites typically comprise mutually dependent visible-light cameras and radar, but when one of these sensors becomes ineffective, so too does the entire sensor suite,” Owl adds.

“This scenario happens often, especially when it comes to pedestrians, cyclists, and animals at night or in inclement weather.”

Photonics West showcase
Michael Remmes, VP at lead backer State Farm Ventures, said: “Owl's technology is a potential compelling advancement in active safety detection and avoidance of collisions. We are excited to support Owl's efforts to bring these advancements to the automotive community.”

Owl adds that it recently completed field trials of the thermal imaging approach in conjunction with VSI Labs on the streets of Las Vegas, during the Consumer Electronics Show earlier this month.

The company is also showcasing the latest field trial results, along with live demonstrations, in the Luminate exhibition booth at this week's SPIE Photonics West event in San Francisco.