Renishaw backtracks on planned sale as offers ‘do not meet objectives’

Metrology equipment firm's co-founders say that they will not now sell their shareholdings “for the foreseeable future”. 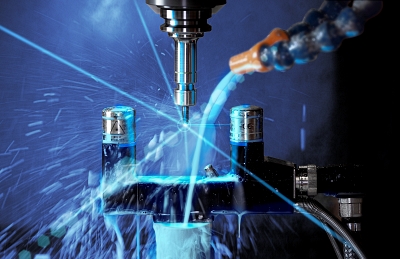 Renishaw, the UK provider of high-end metrology equipment including a number of optical technologies, is no longer up for sale.

Back in March the company’s co-founders - Sir David McMurtry and John Deer - announced that they were planning to sell their combined 53 per cent shareholding, and the Renishaw board of directors embarked on a formal sales process.

But having now reviewed what it described as “a number of proposals”, the board has decided that none are suitable.

McMurtry, who is now the firm’s executive chairman, and non-executive deputy chairman Deer said in a statement to the London Stock Exchange:

"At the start of this process we made it very clear that, with the board, we were focused on ensuring that we find the right new owner for our business. Whilst the formal sale process did not result in a new owner for Renishaw, we are satisfied that it ensured a thorough and rigorous process that enabled us to evaluate a wide range of potential buyers.”

The two co-founders added that they remain committed to the company, and have “no intention of selling their shares on the market for the foreseeable future”.

Profits up; blue lasers in
Meanwhile, Renishaw said that it had enjoyed a strong trading performance in the three months ending June 30, finishing its financial year with orders at a record high.

The company now expects revenues for the full year to be around £565 million - higher than the prior estimate of $515 million to $545 million, and up sharply on the $510 million posted for the prior, Covid-impacted year.

Adjusted pre-tax profits are also now expected to be significantly better than previously forecast, in the range of £116 million to £121 million.

The company recently revealed details of its new “non-contact tool setter” that is based around a blue laser emitter - said to be an industry first.

The new tool setters will be formally launched at the “EMO Milano” trade fair, which is scheduled to take place in person in October, following anticipated relaxation of pandemic restrictions in Italy.