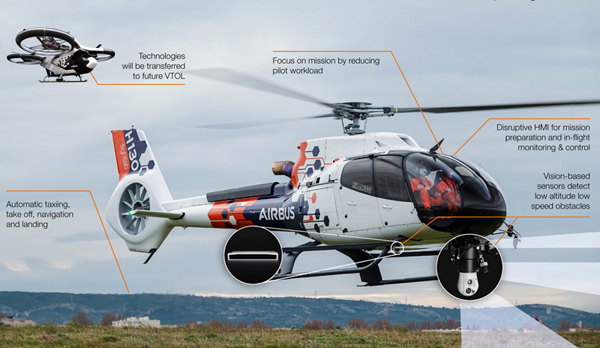 Simplified mission preparation and control for vertical take off and landing. Click for info.

Luminar Technologies, a developer of automotive lidar hardware and software technology, has announced a partnership with Airbus UpNext, a subsidiary of Airbus SE, which is a European aeronautic defense and space company.

Luminar is an autonomous vehicle sensor and software company that has gained over 50 industry partners, including eight of the top 10 global automakers. In 2020, the firm signed the industry’s first production deal for autonomous consumer vehicles with Volvo Cars, while also recently striking deals with Daimler Truck AG and Intel’s Mobileye.

The new partnership with Airbus UpNext is intended to give future flight technologies a “development fast-track by building, evaluating, maturing and validating new products and services that encompass radical technological breakthroughs,” the partners state.

The collaboration with Luminar will see teams of experts from both companies working closely to enhance sensing, perception, and system-level capabilities to ultimately enable safe, autonomous flight. The effort is part of the new Airbus Flightlab ecosystem launched in January 2021 that spans across the scope of Airbus’ business lines. It uses flight testing as the principal means of proving out a variety of future technologies.

Austin Russell, CEO and Founder of Luminar, commented, “As the world’s largest aircraft manufacturer, Airbus has a history of setting a new bar for the future of the aerospace industry. We’re able to directly re-apply what we’ve accomplished for the automotive industry into aviation, an established nearly $1 trillion industry.”

The primary goal of the platform is to increase aircraft safety and ultimately enable autonomous operation with automatic obstacle detection. Luminar’s technology is based on its lidar sensors, which emit laser pulses to accurately detect where objects are by scanning the environment in 3D.

It is key in enabling future aviation technologies including autonomous urban air mobility (UAM) transport modes because it serves as a central basis for safe takeoff, landing, and in-flight decision making. It also has the potential to substantially improve the safety of existing aircraft applications.

“Partnering with Luminar, an industry leader in safe autonomous technologies, will help us define and explore the next step towards more autonomous flight vehicles,” said Dr. Sandra Bour Schaeffer, CEO of Airbus UpNext and Head of Airbus Group Demonstrators.